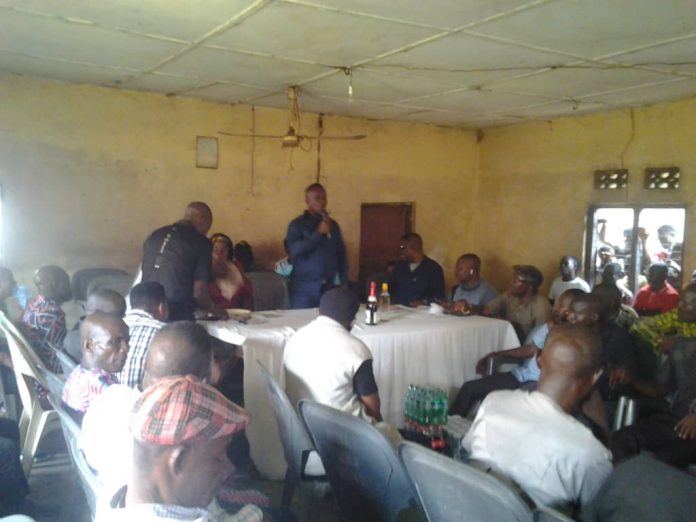 The Special Adviser to Delta State Governor on Environment and Marine Transportation, Hon (Chief) Daniel Yingi has called for support for the newly inaugurated Executives of the People’s Democratic Party, PDP from Ward to the State levels.

Hon Yingi who made the call during a meeting of PDP Seimbiri ward, also known as Ward Four, in Burutu local government area, held at Okpokunu Urban Community in the council area, said there was the need for strong synergy among all Party stakeholders in the state.

Addressing the faithfuls as the leader of the party in the Ward, the former Lawmaker commended the people of Ward Four for their unflinching loyalty to PDP and for the feats recorded during the 2019 general elections, describing the development as unprecedented.

Hon Yingi disclosed that besides the peaceful conducts of the people before, during and after the elections, the ward recorded the highest votes for the PDP, including Presidential, governorship, National Assembly and the State Assembly elections.

He enjoined the people to put in more efforts at ensuring that the ward remains a stronghold of the PDP, urging the ward executive to operate in line with the directives from the State Executive of the party.

Hon Yingi explained that Governor Ifeanyi Okowa is taking all necessary steps to building a stronger Delta to the pride of the people, stressing that the prosperity for all Deltans mantra of the administration is on course.

The Special Adviser assured the people of more dividends of democracy, even as he promised to convey their messages of goodwill and complains to the State Governor.

The Ward Four PDP Chairman, Mr Blessing Ezonfade had emphasized the need for unity among leaders and followers of the party in the ward to attract more dividends of democracy and physical development to the locality.

Others who spoke expressed concern over low political patronage for Ward Four, alleging that the ward that produced the highest votes for PDP in the elections is being compensated with the lowest number of appointments in the local government area.

They appealed to Dr Ifeanyi Okowa to help correct the imbalance, even as they commended the governor for his development strides across the state.

A minute silence was observed during the meeting for the late Dr Sunny Ezonfade, a Leader of the party in the ward four, where prayers were offered for the repose of his soul.