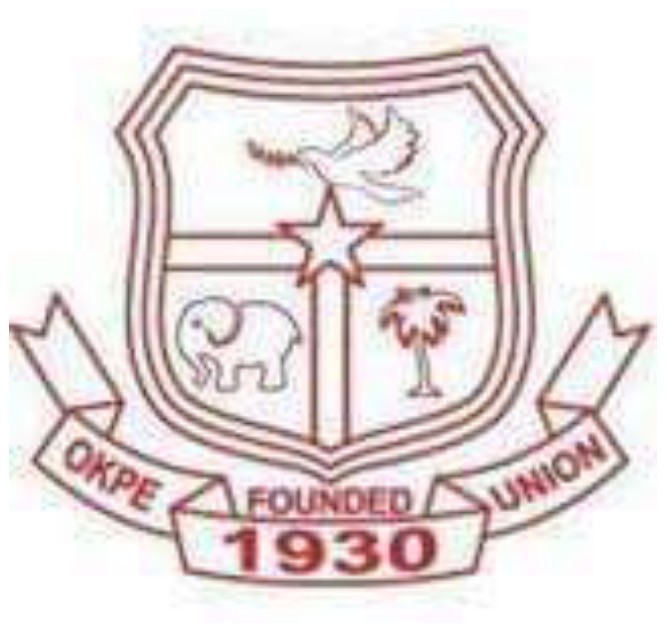 As the year comes to end in less than 48 hours, the National Executive Council of the Okpe Union is preaching hope, peace, love and unity among Okpe sons and daughters within Nigeria and diaspora to achieve meaningful progress in 2021

Details of the communique below:

We bring good tidings from the National Executive Council of the Okpe Union to all members and Branches of the Union throughout Nigeria and all over the globe. This year 2020 has been a turbulent one in several regards especially from the consequences of the corona virus(COVID 19) which ended up affecting the implementation of some of the programmes that the national leadership of the Union earmarked for the outgoing year. We are however relieved that the Union succeeded in holding its 2020 National Conference/General Assembly which has set in motion a transition template by setting up an Electoral Committee to organise elections into the National Executive Council of the union in the early part of next year 2021 as well as a Constitutional Review Committee which is saddled with the responsibility of bringing the Okpe Union Constitution up to date with modern realities and developments.

We thank the leadership of branches and members for standing by and supporting the current leadership by making the erstwhile Acting President General, Mr. Patrick Akpotor the substantive President General as well as extending the tenure of the outgoing National Executive Council by five months to avoid a leadership vacuum and enable the Electoral Committee to conduct credible national elections. The National leadership promises to complete the implementation of the various resolutions of the last General Assembly of the Union which held on the 14th of November, 2020 and to uphold the provisions of the Okpe Union Constitution. We are particularly relieved with the adoption of a resolution by the last General Assembly of the Union enabling the National Executive Council as well as committees of the Okpe Union to hold meetings by employing reliable social media like WhatsApp and Zoom for meetings. This has now made it safer, less expensive and more convenient for meetings to be held to address challenges of the Okpe Union and of the Okpe Nation from time to time.

We particularly want to express and emphasise the following points regarding developments in the Okpe Union, Okpe Kingdom, our Delta State and the Nigerian nation as a whole.

1. *Need for Continuous Unity of the Okpe Union.*

The Okpe Union is the oldest ethnic union of Delta State, Nigeria. In its over 90(ninety) years of existence, it has run its affairs as an autonomous registered organisation. We enjoin all branches to remain steadfast and uphold the constitution of the Okpe Union and its traditions that have been handed over to us by the founding fathers of the Union. It was with unity that the founding fathers of the Okpe Union held the Okpe Nation together along with the Chief Ayomanor Evwida led Udogun Okpe and initiated the process for the resuscitation of the Okpe monarchy by installing Esezi II in 1945. It is with unity that the Okpe Union established scholarship schemes during the colonial era to train Okpe sons overseas as well as to achieve several collective land mark legal victories of the past. This vision of unity and cohesion amongst members of the Okpe Union handed to us by our founding fathers must be upheld to enable us consolidate on the several successes of the past. The Okpe Union is an organisation registered with the federal government since the early colonial times with its constitution, and with registered branches and members. The Okpe Union can only be governed by compliance with its constitution.

2. *Continuous Relevance of the Okpe Union in Nigeria and Delta State.*

The Okpe Union is one of the oldest ethnic Unions in Nigeria and the oldest registered one of Delta State. It was registered with the Colonial Government of Nigeria on the 13th of December, 1934, after it officially took off on the 16th of May, 1930. Our founding fathers envisioned creating a platform to be a formidable voice for the Okpe people as well as mobilise the people of the Delta region to collaborate for the Development of the area. The Okpe Union has therefore worked with other ethnic Unions which were later created to ensure stability of the region. We therefore hope to continue partnering with the Delta State government, the Nigerian federal government and developmental agencies at both the Federal, Regional and State levels to achieve peace and development for the country, the region and the state.

In this regard, we reiterate our call on the federal government to revisit the issue of the Sapele Port which is the only freshwater harbour in Nigeria and therefore specially attractive to vessel owners the world over. Also we call on the federal government and Stakeholders of the Nigerian federation to take the issue of restructuring and devolution of more governmental powers to the federating units of the country seriously. We believe that it is with a restructured Nigerian federation that the current myriads of problems bedeviling the country like security and economic development issues can be resolved for progress.

We also reiterate our earlier call to the Dr. Ifeanyi Okowa led administration of Delta State to look into the abandoned project for the establishment of the only higher institution of Okpeland, the Sapele Polytechnic project in Elume. It is also regrettable that many of the link roads for Okpe towns and villages are still in earth road state despite the huge contributions in terms of oil and gas mineral resources in revenue generation to the federal and state governments. Both the NDDC and DESOPADEC hardly think of the rural communities of Okpeland.

On political stability of the State, the Okpe Union is prepared to lend its voice and support to policies that will address the developmental challenges of the state. Ultimately, looking into the future of leadership in the state, the Okpe Union shall be open to supporting such personalities with leadership qualities and credentials that will ensure the stability and overall equitable development of the entire state.

3. *Okpe Development Summit for 2021 to Coincide with the Celebration of the Okpe Union at 91*

It is the desire of the national leadership of the Okpe Union to organise an Okpe Development Summit to coincide with the celebration of the founding of the Okpe Union 91 (ninety one) years ago. It has been observed that there is hardly any synergy between the political leadership of the two local government areas of Okpeland which are Sapele and Okpe Local Government Areas. Some of the over a century old road networks in Okpeland for example criss cross these two local governments. Despite the existence of link roads, moving from Sapele Council Area to the Okpe Council Area can be herculean because of their poor state. It is therefore important for the Okpe Nation to have a development summit which will bring together all Stakeholders of the Okpe Nation to brainstorm on how best to make our land achieve social and infrastructural development.

The Okpe language is a distinct language recognised by Ethnologue which is the international body that recognises and registers distinct languages the world over. The Okpe language is the only language indigenous to Sapele and Okpe Local Government Areas of Delta State. Unfortunately, the Okpe language has deteriorated in official recognition from a government officially utilised newscast language in Bendel State times to one which has been abandoned by the Delta State Government. It is currently not a subject in the schools of Okpeland despite the mother tongue policy that it is the language of the place that is to be taught in the schools. The Okpe Union calls on all Stakeholders to join hands to rescue the Okpe language from going into extinction as the pressures hindering its development increase further. We hope that in the year 2021 and beyond, we shall all bring to the table our ideas and proposals for an action plan to save the Okpe language. We are glad to reveal to all Okpes that our traditional leader, Orhue I, the Orodje of Okpe is at the forefront of these efforts to save the Okpe language.

As the year 2020 comes to an end, we wish all Okpe people, and the people of Delta State and Nigeria, a prosperous new year 2021.

We remind all Okpe people throughout the world that the Okpe Nation is a unique one in Delta State. It is the ethnic nation that is most connected to the other ethnic groups in the state. The connection of the Okpe people to the other ethnicities in Delta State is highest both in terms of ancestry and history of migration as well as intermarriage. The Okpe people are therefore expected to be a force to unify the various peoples of our Delta State. We therefore enjoin all our people to always present themselves as peace builders.

Our people must close ranks with the other ethnic nationalities and help our Delta State achieve its development potentials in the modern era.

As an advisory body to the Udogun Okpe which is headed by the Orodje of Okpe, the Okpe Union will continue to avail its services to the revered Okpe institution as it grapples with challenges of Okpe unity and development. In this regard, the Okpe Union looks forward to active participation in the community of ethnic nationalities in Delta State and in Nigeria as a strong voice of the Okpe Nation in collaboration with the Orodje of Okpe Kingdom vis-a-vis the articulation of the Okpe identity, development and the restoration of all aspects of Okpe heritage. 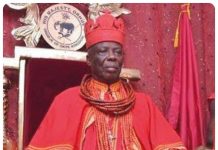 Okpe Kingdom On Fire As Subjects Move Against Traditional Ruler