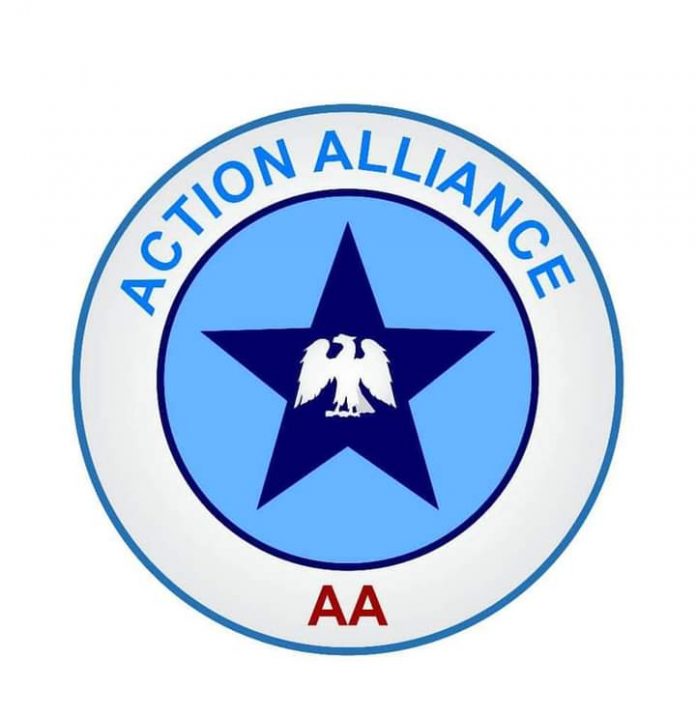 As November 6, 2021 fixed for the Anambra State Governorship election draw nearer, the need for Ndi Anambra (Anambrarians) to support Chief Ben Chukwuogo Etiaba, candidate of the Action Alliance (AA) Party has been advocated.

Comrade Emeka Bidokwu who is the Delta State Chairman of the Party made the call in Asaba, the state capital while speaking to newsmen on support of the state party to the Anambra election.

Comrade Bidokwu who x-rayed the symbiotic relationships between Anambrarians and Deltans, explained that sustaining the relationships, there is need to elect a man of impeccable character with good track record to sustain the bound.

“Onitsha, the economic nerve centre of Anambra state and Asaba Delta State capital shares common boundary, and most people that live in Asaba have their businesses in Onitsha, thereby making the bounds unbroken”

Commr Emeka Bidokwu explained further that because of the closeness of Anambra and Delta state, majority of the voter in Anambra lives in Delta state and the Delta State action Alliance will mobiise the Anambra voters who resides in Asaba to vote emasse for the Anambra AA candidate Chief Ben and his deputy.

According to him, “Hon. Ben Chukwuogo Etiaba is a bureaucrat and technocrat whose humble beginning in Nnewi prepared him ahead as a born leader. He is an astute grassroot politician and a prudent manager of resources. He has transformed and empowered hundreds of unemployed youths  in the state into owners of businesses and employers of labour through his endowment fund”

The Delta State born politician Bidokwu eulogised the Anambra state Governorship candidate Chief Etiaba for his achievements in restoring peace and stability in all the areas he has worked and lived. He is a man of peace, he added.

“Chief. Etiaba, Former. Chairman, Enugu Sports Club 1929, Former Chairman of the Institute of Chartered Accountants of Nigeria, United Kingdom District, Former Chairman, The London Group, Member of the Financial Reporting is an core professional. Following his qualification as a Chartered Accountant in England, Ben Chukwuogo Etiaba worked in Industry with Thames Valley Services UK Ltd., rising to the position of Director of Admin and Finance before leaving them to cut his teeth in professional practice”

Comrade Bidokwu observed that Chief. Ben Etiaba had over thirty years of professional experience in the industry and practice shown Ndi Anambra that he has the well to do build the state to eviable height.

Chief Ben Chukwuogo Etiaba no doubt, the best candidate for the top job in Anambra state, and I encourage our people to support his ambition, Comrade Bidokwu submitted.

In another development, on the recent protests led by Kenneth Udeze and his group at the Abuja office of the Independent National Electoral Commission (INEC), Comrade Emeka Bidokwu described it as a storm in the tea cup just as he said that the man is no longer a member of the party.

He called on Action Alliance members all over to ignore Udeze and his group as they are just seeking unnecessary attention after he was Long been expelled from the party.

He however expressed confidence on the legal and the authentic National Chairman of the party Hon. Adekunle Rufai Omoaje And his team whom he said will not doubt give the issue an urgent needed attention.