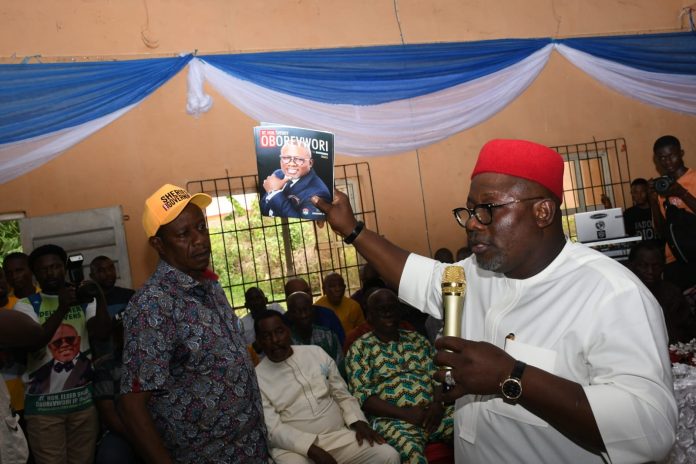 Sea of unprecedented crowd of notable politicians, community and opinion leaders across Delta state has continued to endorse the aspiration of the Speaker of the State Assembly, Rt Hon Sheriff Oborevwori to become the governorship candidate of the People’s Democratic Party, PDP in the 2023 general election.

The consultative visits to Aniocha North, Aniocha South, Oshimili North, Oshimili South, Ika North East and Ika South, by the Speaker and his team, temporarily brought commercial activities to a halt in those localities as several residents trooped to the venues of the meetings to catch a glimpse of the frontline governorship aspirant, described by many as “the Man of the moment”. 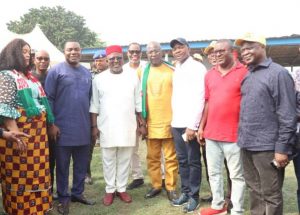 Addressing the large crowd of people made up of old and new entrants into the political arena of the state, including young and the elderly, Rt Hon Sheriff Oborevwori said he is in the governorship race to better the lots of Deltans, promising to further uplift quality of lives and standard of infrastructure in the State.

The Speaker stated that the consultation visits to PDP leaders, stakeholders and delegates across the state was to seek opportunities to outline the enormous benefits of having him succeed as the next Governor of the state, noting that the gains of the Okowa’s administration will not only be sustained but raised to a higher level. 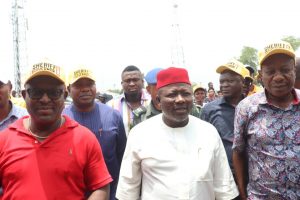 Promising never to disappoint the people if elected in 2023 as governor of Delta State, Rt Hon Oborevwori, explained that it was by the divine grace of God that he is offering himself to the service of the state and solicited for massive support towards achieving the laudable dream.

The Speaker pointed out that Governor Okowa has done extremely well and promised to build on the achievements of the administration, stressing that he has the experience and wherewithal to navigate the ship of leadership in Delta State for the good and overall interest of the people.

Rt Hon Oborevwori who described himself as a unifier and a Pan Deltan, stated that as a man who grew up on the streets of the state, he understands perfectly the yearnings and aspirations of the people, and emphasized the need for all to key into “Sheriff For Governor” project as God’s hands is on it. 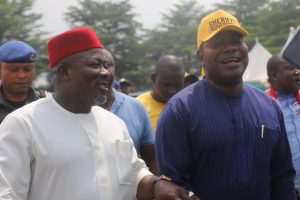 The frontline governorship aspirant who is presently the Deputy National Chairman of the Conference of Speakers of State Legislatures of Nigeria, commended the large turnout of people at the various reception venues to receive him and his entourage, saying that The Who is who in Delta politics have since embraced him as the best candidate for PDP in the general election.

Rt Hon Oborevwori restated that his vision for the state is to keep the state above others in the comity of states, promising to run an all inclusive government that would be characterized by equity, Justice and fairness, if elected Governor in 2023.

In their remarks, those who spoke stressed the need for massive support for the ambition of Rt Hon Sheriff Oborevwori as the next governor of the state, stressing that Deltans have a lot to benefit from his detribalized nature and experience in leadership and governance.

The respondents acknowledged the feats recorded by the frontline governorship aspirant as the current Speaker of the State Assembly, saying that he has proven himself to be a good manager of human and economic resources.