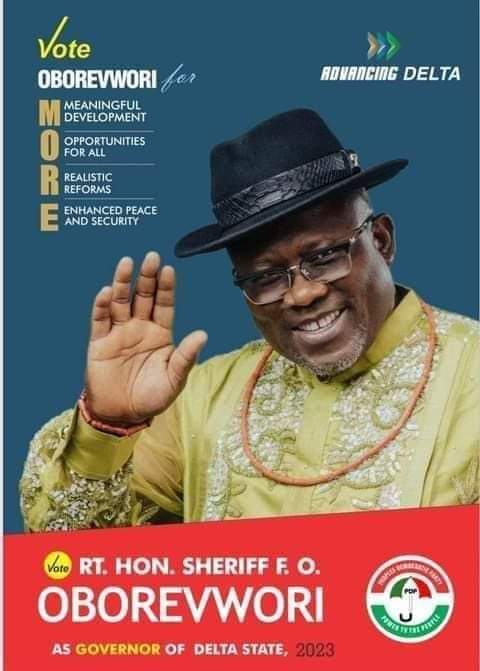 One after the other, busy body litigants are counting their loses as the Gubernatorial Candidate of the Peoples Democratic Party, PDP, in Delta State, Rt Hon Sheriff Francis Oborevwori, continue to swim in multifaceted Court cases victories after governorship party primaries.

The Court in its wisdom and in line with extant Laws and relevant Sections of the Electoral Act, 2022, threw out the case on the ground that the busy body litigants lacks locos standi.

It follows that the Plaintiffs acted in grave error by bringing the law suit before the Court which had no jurisdiction to adjudicate on it. They are legally not competent to institute the action against the defendants.

However, some individuals approached the Courts with frivolous actions not within the contemplation of the Electoral Act 2022 and other subsisting Laws.

So far, six of such baseless matters have been dismissed with cost in favour of the Defendants; Rt Hon Sheriff Francis Oborevwori, the Peoples Democratic Party and the Independent National Electoral Commission, INEC.

Oborevwori while reacting to the 6th Court Case victory, urged his teeming supporters and party faithfuls to sustain the political steam and drum up the sheriffication momentum before, during and after landslide victory in 2023.

“We shall continue to win because our God is the Alpha and Omega, still on His throne. We give Him praise and adoration.

“The Judiciary has also lived up to their constitutional duties and we give God all the glory,” he said.