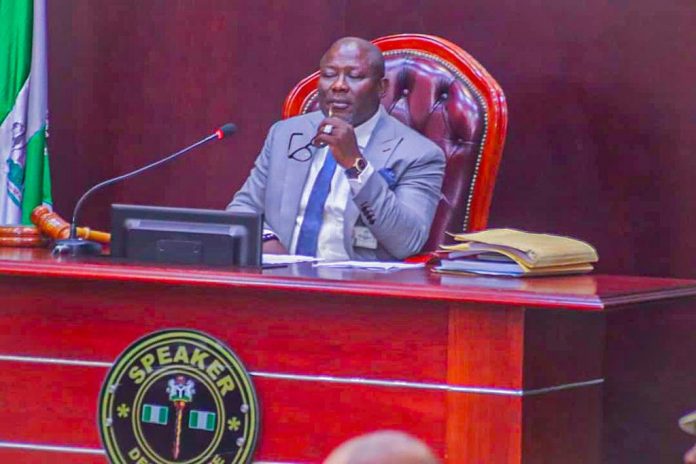 Members of the Delta State House of Assembly, Tuesday, unanimously passed a vote of implicit confidence on the leadership of the Seventh Assembly, led by the Speaker, Rt Hon Sheriff Oborevwori.

Coming under matters of urgent public importance by the Chairman, Assembly Committee on Public Accounts and Member Representing Ika NorthEast, Hon Anthony Emeke Elekeokwuri, the Legislators said the Speaker and his management team had ensured stability in the State Legislature. 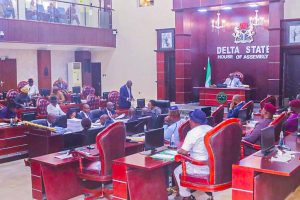 The House at its resume sitting after four weeks of annual recess, also in one voice congratulated Rt Hon Oborevwori on his Monday’s Appeal Court victory that affirmed him as the candidate of the People’s Democratic Party, PDP in the 2023 governorship race in Delta State.

Leading debate on the merits of the motion, Hon Anthony Elekeokwuri, particularly eulogized the sterling leadership qualities of the Speaker, Rt Hon Sheriff Oborevwori, saying that the Speaker has shown strong commitment in ensuring stability and good governance of the state.

Elekeokwuri stated that the motion become imperative haven diligently considered the leadership style of the Speaker and his team which he noted, had resulted in the ongoing robust harmonious and peaceful coexistence of the legislature and other alms of government in the state. 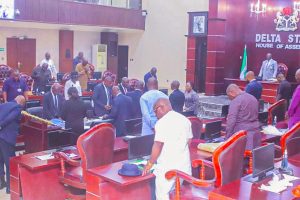 He also noted that the five year tenure of Rt. Hon. Oborevwori as Speaker of the State Assembly has witnessed increased accountability, transparency and accessibility in governance in the state.

“That this Honorable House having demonstrated cutting edge legislative capacity in law making, oversight of other arms of government, quality representation, accountability and transparency under the leadership of the Speaker, hereby pass a Vote of implicit confidence on the leadership of the seventh Assembly and Congratulate Mr Speaker on his victory at the court of Appeal, Abuja”, he stated.

According to Hon Elekeokwuri, the leadership has been very impactful, stressing that the result is one of the major reasons the House is being adjudged the most vibrant State House of Assembly in the Country. 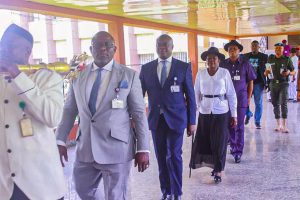 While congratulating Rt. Hon Sheriff Oborevwori on his victory at the court of appeal, on Monday, August 28 2023, Elekeokwuri who described the victory as “Victory for All” expressed optimism that given the Speaker’s astute leadership qualities, Deltans do not have anything to fear should Oborevwori eventually emerge Governor of the State come 2023.

“Mr Speaker’s consistency and capacity as a leader is second to non. He has shown lots of commitment to transparency and accountability, and have helped to ensure that the state is in good shape. Deltans are looking forward for a system were transparency, accountability and accountability is entrenched, hence the people want Rt Hon Sheriff Francis Oborevwori to replicate his good works as Speaker of the state legislature “, Elekeokwuri said.

The Lawmakers said Deltans will indeed be glad to have him replicate the leadership prowess as Speaker of the State Legislature, stressing that he has excessive local content to take the state to a greater height.

According to them, the Speaker have taken legislative business in Delta State to a very high level, maintaining that to have managed the House for over five years, elected by colleagues as Deputy National Chairman, Conference of Speakers of State Houses of Assembly and a gubernatorial candidate of PDP in the 2023 general elections was not by accident but hardwork and sound integrity.

Also speaking, the Members representing Ika South, Festus Okoh, Oshimili North, Pat Ajudua, Ndokwa West, Charles Emetulu, Aniocha South, Austin Chikezie, Patani, Emmanuel Sinibe and Oshimili South, Shedrach Rapu, emphasized that the Speaker has broken many records and must be credited as a leader who is so emotionally attached to the welfare of members as well as staff of the state legislature.

They said the Speaker as a refined gentleman, saying that his sincerity, transparency, accountability and impactful leadership will continue to open doors for him.

Responding shortly after putting the motion to a voice vote where all the members unanimously adopted it, Rt. Hon Sheriff Oborevwori expressed appreciation to the legislators for their support, even as he noted that the confidence vote on him and the leadership of the House would spur them to do more.

The Speaker called for greater support and unity of purpose in the Assembly.