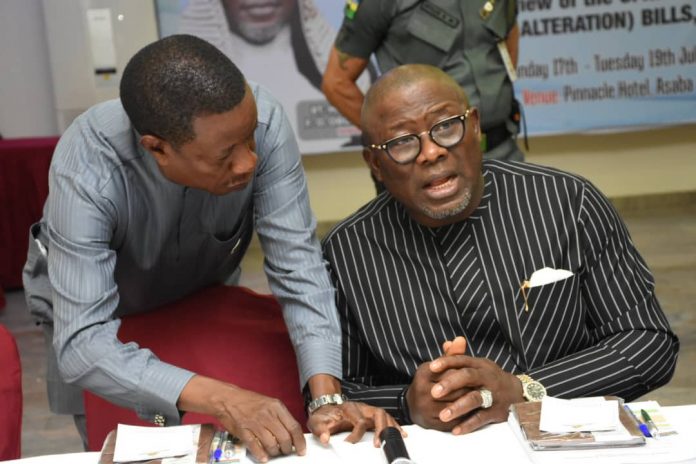 Deputy Chief Whip of the Delta State Assembly, Hon Solomon Ighrakpata, has commended Members for the Vote of Confidence passed on the leadership of the House led by the Speaker, Rt Hon Sheriff Francis Oborevwori.

Ighrakpata who represents Uvwie Constituency, said it was thoughtful and gratifying for Members to have so eloquently highlighted the sterling leadership qualities of Rt Hon Oborevwori in his five years and three months as the Presiding Officer of the House.

The Lawmaker explained that the Speaker has been very outstanding in the Headship of the Assembly, giving right direction to both the Legislators and the Civil Servants, stressing that the development account for the stability and growth in the Legislative arm of the Delta State Government.

“I must thank Members of the House for deeming it fit to pass a vote of confidence on Mr Speaker and Leadership of the House. I am on the Leadership side and they are on that side. They see what we do. But truth be told, even as a Principal Officer of the House, I must also say that working under the Leadership of Rt. Hon Sheriff Oborevwori has been a wonderful experience. 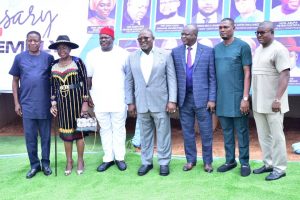 “Mr Speaker is a very organized person, highly accountable, very honest and he is a young man with so much dignity and integrity. So the Vote of Confidence didn’t come to me as a surprise but I must commend Members for what they did today on the floor of the House”, Ighrakpata stated.

The Lawmaker emphasized that within the period, Members had learnt a lot from the leadership style of Oborevwori and have been able to imbibe some virtues as Legislators, for the present and unto the next Delta State Assembly.

On the Appeal Court ruling affirming Oborevwori as the Gubernatorial Candidate of the People’s Democratic Party in the 2023 general elections, Ighrakpata expressed happiness over the victory, saying it was a feat for the entire state.

The Deputy Chief Whip explained that it was clear at the PDP primaries that the Speaker won the election with a very wide margin, saying that it was strange to have been taken to the lower Court on the basis of what he described as unfounded claims and allegations.

The Lawmaker said the unanimous position of the Judges in the Appeal Court judgement has vindicated the Speaker, even as he appealed to those that took him to court to sheath their swords as there was no victor and no vanquish, saying that it was a win win for the PDP.

Ighrakpata pointed out that as family members they can sometime have reasons to disagree, appealing that having exhausted all the avenues, it was high time to put behind all the grievances and come together as an indivisible family to join hands and work for the victory of PDP in all the elections. 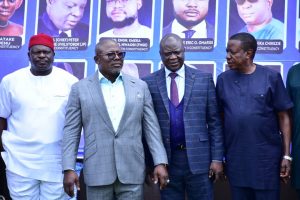 “I want to use this opportunity to appeal to my dear brother and friend, Chief David Edevwie and all other aggrieved members of the Party that it is high time we come together and join hands to work for the PDP in all the elections.

“As family members we would have reasons and causes to disagree, but having exhausted all these avenues, it is high time we come together as a family to put behind our grievances and differences and work towards the success of the party in all the elections from House of Assembly to Presidency”, Ighrakpata emphasized.