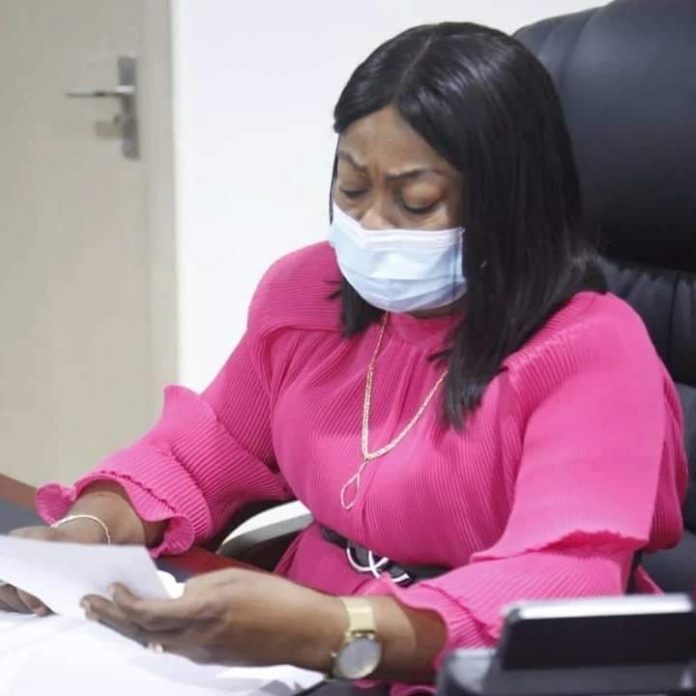 The attention of Delta State Commissioner for Secondary Education in the Ministry of Basic and Secondary Education, Mrs Rose Ezewu has been drawn to an online publication alleging that she is using a certain young man to extort private school owners in the state.

Reacting to the online publication, the State Commissioner for Secondary Education dissociated her connection and involvement with the fraudulent activities of
any individual .

She described as untrue and embodiment of falsehood the report that she was behind the condemnable and fraudulent act of the person or group of persons adding that linking her with such act without verifiable evidence was tantamount to damaging her character and integrity.

She specifically noted that the online publication was a figment of the imagination of uninformed characters whose stock in trade was to mislead the public of the achievements of the Okowa led administration as a deliberate strategy to get the sympathy of Deltans in 2023 general election.

Mrs Ezewu, however warned unscrupulous elements to desist from extortion of unsuspecting school owners and parents using her name .

The Secondary Education Commissioner reaffirmed her commitment to contribute meaningfully to the growth of the education system in the state.

She added that the Ministry of Basic and Secondary Education had Chief Inspectors of Education (CIEs) in the 25 Local Government Areas of the state, stressing that every private school owner should be wary of fraudsters who had no connection with the Ministry.