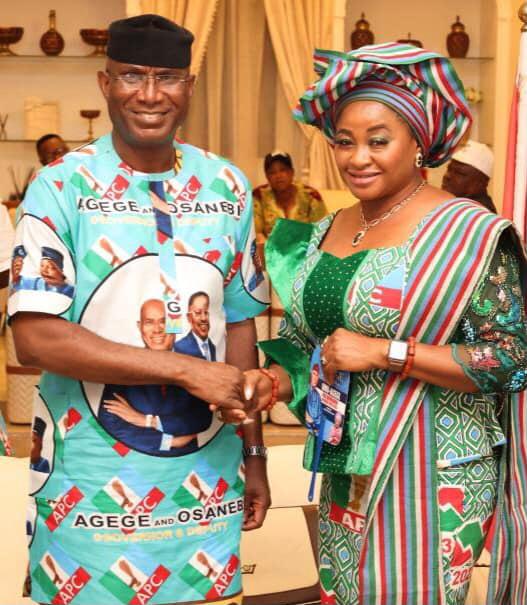 As the Delta State All Progressive Congress, APC Campaign Train berth in Ughelli North, indigenes, residents and other stakeholders in the local government area have been charged to turn out in their numbers to give the Deputy Senate President, Senator Ovie Omo-Agege CFR, a rousing welcome. 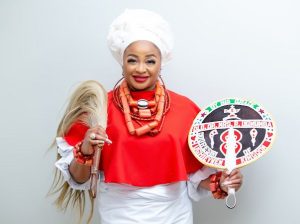 A political strategist and Director, Tinubu-Shettima Presidential Campaign Council, PCC, Prof (Mrs) Rukevwe Ugwumba (nee Akpedeye), who made the call in a statement, said the scheduled visits to electoral wards in Ughelli North in continuation of APC Ward to Ward campaign across the state is home coming for Senator Omo-Agege, the Governorship candidate of the party in Delta State.

Prof Ugwumba who is the Deputy Director Health, Delta APC Campaign Council and Convener, Dr Rukky Political Support Group, stressed the need for the people to turn out en-mass to showcase their commitments and support for Omo-Agege and his team as they tour the various wards in Ughelli North. 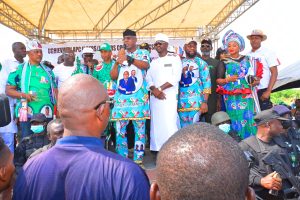 The statement reads “I, Prof Rukevwe Ugwumba (nee Akpedeye) on behalf of my teaming disciples and support groups welcome His Excellency, Senator Ovie Omo-Agege, Deputy Senate President and Governorship candidate of the APC Delta State and his campaign train to Ughelli North, particularly Uwheru community, in continuation of APC Ward to Ward campaigns across the state.

“Your Excellency, you have shown so much capacity in your EDGE to Build a New Delta and the Ahmed Tinubu Presidential campaign in Delta state. it is gratifying that Deltans are solidly with you in the APC 5 over 5 movement in Delta state. Ride on Obarisi and happy campaign tour in Delta State”. 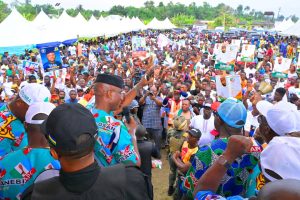 “Your Excellency, as you moves round the nook and crannies of Delta State, I on behalf of my team wish you Gods protection and enormous successes in your campaign endeavours”, Prof Ugwumba prayed for Omo- Agege.