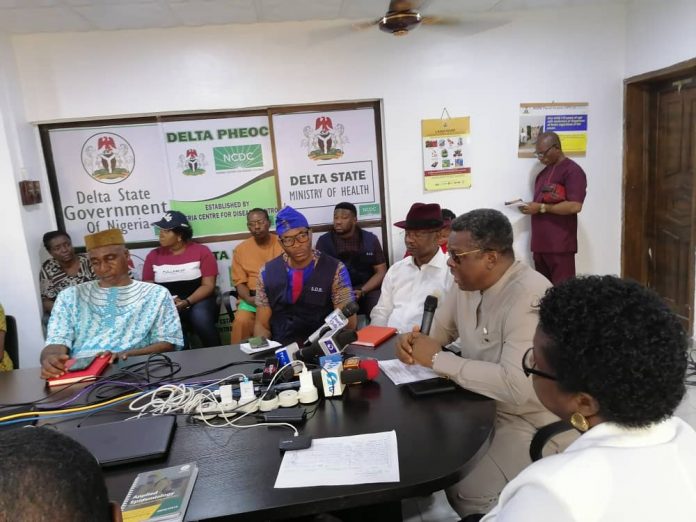 By Austin Azu-Asaba As part of measures to protect residents following the confirmation of a case of corona virus in Nigeria, the Delta State Government has activated its response team for the purpose of containing the disease should it spread to the State.

The Delta State Commissioner for Health, Dr. Mordi Ononye made this known today in Asaba during the press briefing by the Ministry of Health in conjunction with the Ministry of Information and the State Bureau for Orientation on the state of preparedness by the State Government to check the disease.

He stated that due to the fact that the State has some sea ports, the health authorities manning them have been put on red alert and holding centers established at each port in the advent of any suspected case for the sole purpose of quarantine pending when the patient will be moved to a health institution.

Dr. Ononye said that over the past few weeks the Emergency Operation Centre has been working round the clock on cases of Lassa fever which has claimed one life, had 15 confirmed cases and 62 cases so far recorded in the State and assured residents that the State has taken proactive measures to contain corona virus if it should spread to the State.

The State Commissioner for Information, Mr. Charles Aniagwu on his part said that ‘covid19’ is not a death sentence and not as bad as Ebola and SARS diseases that if the world could survive then, we will also survive the ‘covid19’ scare and therefore called on the press to sensitize the general populace on the preventive measures as stipulated by the health personnel.

He said that Delta State being a high risk State does not mean that residents will begin to die soon but rather because the State has some sea ports of which nationals from other countries can come into the State.

Dr. Aniagwu revealed that since last week those flying into the State through the State’s airports were screened on arrival as part of measures to contain the spread of the disease from other States.

Also speaking, Mr Eugene Uzum (Esq), Director General, State Bureau of Orientation, said that the State is on alert mode that is, the State is ready and on the issue of information dissemination the State is not leaving anything to chance.

He added that his office is collaborating with the Ministry of Health, Information and other Agencies of Government on the dissemination of the right information and not to put fear in the hearts of people or cause panic.

The Permanent Secretary Ministry of Health, Dr Mrs Minnie Oseji on her part, said that just as how preventive measures are being emphasized on so also should treatment measures be emphasized on.

She stated that the symptoms are treatable and when the conditions are picked early the patients are definitely going to be okay.

Dr. Oseji stressed the need for the Ministry in conjunction with the Emergency Operation Centre to come out with a treatment protocol to be circulated to all the health facilities in the State so that there would be early detection and early treatment.

The Incident Manager, Emergency Operation Centre, Dr Ann Ojimba listed the first stage high risks States to include: Abuja, Rivers, Kano, Borno and Delta States and gave out phones numbers to call in cases of emergencies which include the NCDC free toll line – 0800 970 0001 to 10.

She counseled the general public to as a matter of importance, people should be wary of touching their faces to avoid spreading/ contacting the disease.

Dr. Belu Abaye, Team Lead, Nigeria Centre for Disease Control (NCDC) said there is no need for people to panic and counsel that for information about the disease, people should go to the Centre’s website that there are lots of advisories and daily updates. 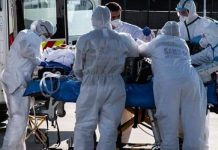