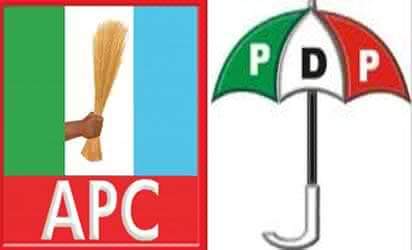 The party made this known through its Publicity Secretary, Barr. Ogheneluemu Sylvester Imonina.

Read the full story below:

Though, the 1999 Constitution of the Federal Republic of Nigeria as amended, to a large extent vest the control of the security agencies on the Federal Government. However, same Constitution gives the State government the powers to make laws and take steps towards ensuring the security of lives and properties of those living in their States. Sections 11 (2) and 14 (2) (b) are very explicit on this. Hence, in most States of the Federation, we have in existence, vigilante groups, backed by laws of those States.

In Delta State, we have Vigilante Group of Nigeria. While in Lagos State, we have the Neighborhood Watch, Amotekun in some Western States, and other security groups in Northern Nigeria.

Unfortunately, most members of the Vigilante Group of Nigeria in Delta State are chronic beggars who have abandoned their legally imposed duties. This is not unconnected with the Delta State Government dereliction of duties in providing for their welfare in accordance with the relevant extant law, passed by the Delta State House of Assembly about three/four years ago.

Recently, at Issele-Azagba, Uwheru, Uzere and some other communities in Delta State, some indigenes of those communities were killed, maimed and many displaced as a result of alleged clash between cattle rearers and their host communities. In the case of Uzere, information has it that the security instability is as a result of kingship and community leadership tussle amongst the indigenes.

Meanwhile, when the Governor’s attention was drawn to the killings and maiming in Uwheru Town, instead of condemnation and putting machineries in motion towards bringing to book, all those involved in the dastardly acts, he went sermonic on the heinous crime committed against Deltans! We want to State that governance is different from pulpit work. The Governor is the Chief Security Officer of the State. Therefore, he owes Uwheru, Issele-Azagba and Deltans apologies for not living up to expectations.

The questions that are begging for answers are but not limited to the followings:

(1) Taking a cue from some States in the North Central and South West of Nigeria, can’t Delta State government enact laws to regulate trades and movement of those involved in any form of business activities like cattle rearing within Delta State?

(2) Is the State Government not vested with the power to speak out and take a position on who is the legally recognized King in Uzere Community?

(3) Is it not within the knowledge of the State Government on who the legally recognized community Executive members in Uzere are?

(4) Is it possible that the State Government and Community leaders do not know those who are involved in “deve” activities. That is, those who harass and molest private developers in Warri, Uvwie, Udu and other towns and cities in Delta State?

We dare to say that the large chunk of those monies collected are not used for the purpose they are meant for. The monies are seen as personal (“awoof”) monies which are unaccounted for.

We State unequivocally that Deltans are tired of government inefficiency and lackluster performance in solving insecurity situations in Delta State. Using the available legal instrumentalities, the government of Delta State should protect Deltans.