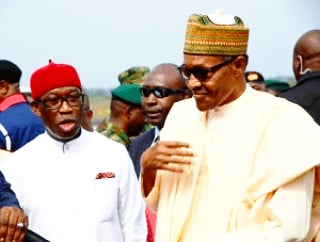 Executive Assistant to the Governor of Delta State on Communications and Justice of the Peace, Dr Barr Fred Latimore Oghenesivbe has advised the federal government not to use Delta recovered funds for projects outside the state, saying that such move is inconsistent with certain provisions of the constitution of the federal republic of Nigeria as amended.

The Executive Aide to the Governor in a swift reaction to the planned deployment of the £4.2 million repatriated by British government, said the funds were declared Delta State Money by UK authorities, and must be used for state and federal projects within Delta, pointing out that what the APC national government under President Muhammadu Buhari, plan to do with the recovered money amounts to robbing Peter to pay Paul, since the funds have been lawfully tagged “Delta money.”

Oghenesivbe commended members of the Federal House of Representatives over a resolution on Wednesday instructing the AG Federation and the Ministry of Finance to perfect documentations for the remittance of the repatriated funds to the rightful owner, Delta state government, describing the move as patriotic and forthright.

He further asserted that the federal government did not do well by unilaterally deciding what to do with Delta State recovered funds without recourse to due process of negotiating with the state government and the governor, Senator Dr Ifeanyi Arthur Okowa, saying that under subsisting laws, the property of Delta state cannot be confiscated, diverted or used by the federal government under the guise of fight against corruption as can be deduced from the present scenario.

Okowa’s EAC who is also a Barrister at Law noted that the position of the House of Representatives on the repatriated funds cannot be faulted because the money was rightly tagged “Delta State funds,” urging the Buhari administration to expedite action to remit the money to Delta or use the funds for federal projects in the state.

In a related development, the Oghara Development Union, ODU, in defense of Chief James Ibori, clearly stated that FG must compel the British government to repatriate £6.2 million and not £4.2 million being worth of properties which the British Government claimed to be a portion of investments of Chief James Ibori’s associates in the United Kingdom.

ODU posited that Ibori was a renowned businessman with considerable measure of wealth in local and foreign currencies before he became governor of Delta State in 1999, adding that some of the properties captured in the UK scenario were purchased in cash and through bank loans before 1999.

Oghenesivbe argued that what is obtainable under the law and in the instant case, is for the federal government to deduct legal charges, Including cost of logistics and remit the balance to Delta state government, saying that if a father assisted his son to recover his property, that singular effort does not automatically deny the son of his legitimate ownership of the recovered property.

According to him, the other alternative is for the federal government to consult Delta state governor and the government, so as to reach amicable agreement on how to use the funds to initiative and/or complete critical state and federal government projects in Delta State, and not to divert Delta recovered funds for ongoing federal projects in other states of the federation while neglecting the genuine owner of the money.

“The APC national government is playing politics with Delta State recovered funds and our constitution as a nation does not support any act of illegality and undue confiscation and diversion of legitimate property, and in the instant case the property of Delta State Government. Any other law that is inconsistent with the constitution of the federal republic of Nigeria, is to that extent null and void, and of no effect.

“These were funds already in the coffers and custody of the Delta State government before they were moved, according to British government, and it is only fair in the eyes of the law and in accordance with law of equity, natural justice and good conscience, for the Buhari administration to deduct cost of litigation and other known expenses and then remit the balance to Delta State government account with the Central Bank of Nigeria.

“The Attorney General/Minister of Justice, and the Presidency cannot unilaterally decide on how Delta money should be diverted to projects in other states, when as a matter of fact there are federal dilapidated infrastructure including badly damaged Trunk ‘A’ Roads begging for attention in Delta State.

“President Buhari and his cabinet must of a necessity have a rethink and do the needful by deploying the funds to projects in Delta state, or better still deduct all deductibles and remit the balance to Delta state government account as resolved and directed by the Federal House of Representatives.

“Governor Okowa is reputed for star projects and he will transparently, judiciously and honestly use the recovered funds to initiative new projects, complete existing ones and channel the balance towards job and wealth creation for the good people of the state under the ongoing implementation of Stronger Delta Initiative,” Oghenesivbe assured. 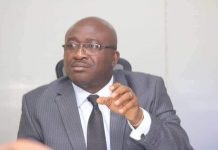