Home News Proposed Agency For Boko Haram: The Holocaust Of Our Country 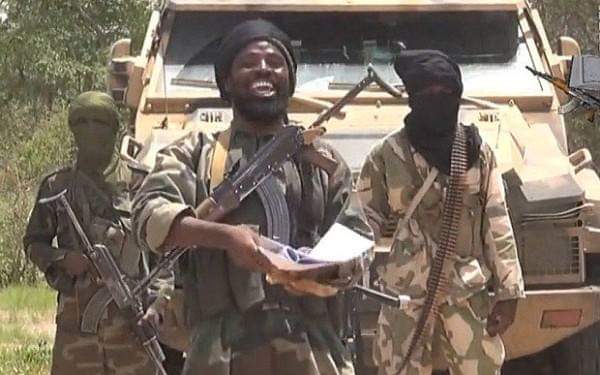 Emeka, along with his father, mother, siblings, relations and about fifty workers from his farm were quartered, butchered and hanged like thieves.

Emeka lived in a small town in one of the northern states in Nigeria. His living there was not of his choosing, his father before him and his father’s father had lived in the same town. So, Emeka was an igbo by ancestral origin but was a bonified northerner by virtue of birth and living there all his life there.

He was a hard work, following the trail of his father in the cereal/grain farming business. He had 5 brothers and a sister, spoke Hausa fluently, dressed like a northerners in such a manner that one would never know Emeka was igbo except told otherwise.

His parents were community leaders of their community, involved in decision making and donated to charity and the development of the community. Their family was as such well placed and respected. Their farming business too, was to be reckon with. Commercial buyers and business investors trooped into the village in search of Emeka’s father’s grains. This generated avenue for other business developments in the community.

The scope of the farms required mass recruitment of farm hands. Workers from across the village were employed to work the farm, making Emeka’s father’s farm to be one of the biggest employer of labour. For this, one could say they were generally accepted as part of the community.

On a fateful Tuesday morning, workers as usual were hard at work in the farm, despite the rumours making the rounds that herders were in the bushes threatening villagers with machetes and guns, the farm workers in Emeka’s father’s farm were not bothered. They had done no wrong, bothered no one and were minding their business as usual. So nothing seem to be amiss that morning as they diligently did their work. It was harvest time and this needed total concentration. There were about fifty men working the farm that day.

Suddenly, a cloud war cry was heard coming from the Eastside of the farmland. Some of the hands looked up wondering what the hollas was about, others were unbothered and continued their work. Soon after the cries, sounds of metals clashing was heard. This drew the concern of the foreman who decided to go check out what the hullabaloo was about. He walked off in the direction of the noise. He became the first victim.

Nearly every man on that farm was massacred and butchered like animals with such brutality that the crime scene sent shivers down the security agencies and forensic techs that worked the scene.

The killers did not stop there. Spurred on by the thirst for more blood and the impunity that came with getting away with committing your first crime, the herders, now armed to the teeth, marched into the village four days later to complete their mission, which was to rid the town of these interfering farmers who deprived them of possessing the lands, farms and bushes for their cattle.

The vibrant and much admired Emeka, together with his father, mother and siblings were quartered and hanged on the mango tree in front of their house. Left there to serve as food for the birds of the air.

Their reputation as a respectable, law abiding citizens, the reality that they belonged in that village and had ancestral claim to the land did not save them. Paying tax regularly to the state government and exercising their franchise when needed did not also stop them from being brutally murdered like chickens offered to the gods for sacrifice.

The story above begs the questions; why were they brutally murdered by these herders? What was their crime? Where were the security agencies during this time? What gave the herders the impetus to commit such hideous crimes? What else could a law abiding citizen do to avert being killed so mercilessly and senselessly?

In Nigeria, the story narrated above and such similar cases have become recurrent headlines in our newspapers and TV newscast. Stories abound across the country of incessant killings of farmers, landowners, villagers and who ever happens to be caught in the crossfire. Yet the security agencies have seem to loose their voices, their sights as well as their hearings.

At the Presidency, emanates a deafening silence that has become so loud that Nigerians have begun to wonder if, perhaps, an unreported avalanche had swallowed all responsible for the governance, protection and guidance of the people. An incident that has brought the ‘holocaust’ aknocking at our very gate.

You are wondering if you read right? Yes, you did. A holocaust of our making is about to hit. The historical antecedent of the holocaust showed that the adhoreous killings of the Jews by Nazis started with such nondescript pockets of massacres that escalated into the persecution it became.

For ths sake of clarity and comparison, let’s take a little detour into research and history.

The word “Holocaust,” from the Greek words “holos” (whole) and “kaustos” (burned), was historically used to describe a sacrificial offering burned on an altar. Since 1945, the word has taken on a new and horrible meaning: the ideological and systematic state-sponsored prosecution and mass murder of millions of European Jews (as well as millions of others, including Gypsies, the intellectually disabled, dissidents and homosexuals) by the German Nazi regime between 1933 and 1945.

“To the anti-Semitic Nazi leader Adolf Hitler, Jews were an inferior race, an alien threat to German racial purity and community. After years of Nazi rule in Germany, during which Jews were consistently persecuted, Hitler’s “final solution”–now known as the Holocaust–came to fruition under the cover of World War II, with mass killing centres constructed in the concentration camps of occupied Poland. Approximately six million Jews and millions of others, targeted for racial, political, ideological and behavioral reasons, died in the Holocaust. More than one million of those who perished were children.”

“Anti-Semitism in Europe did not begin with Adolf Hitler. Though use of the term itself dates only to the 1870s, there is evidence of hostility toward Jews long before the Holocaust–even as far back as the ancient world, when Roman authorities destroyed the Jewish temple in Jerusalem and forced Jews to leave Palestine. The Enlightenment, during the 17th and 18th centuries, emphasized religious toleration, and in the 19th century Napoleon and other European rulers enacted legislation that ended long-standing restrictions on Jews. Anti-Semitic feeling endured, however, in many cases taking on a racial character rather than a religious one.”

“Germany implemented the persecution in stages. Following Adolf Hitler’s appointment as Chancellor on 30 January 1933, the regime built a network of concentration camps in Germany for political opponents and those deemed “undesirable”, starting with Dachau on 22 March 1933. After the passing of the Enabling Act on 24 March, which gave Hitler plenary powers, the government began isolating Jews from civil society; this included boycotting Jewish businesses in April 1933 and enacting the Nuremberg Laws in September 1935. On 9–10 November 1938, eight months after Germany annexed Austria, Jewish businesses and other buildings were ransacked, smashed or set on fire throughout Germany and Austria during what became known as Kristallnacht (the “Night of Broken Glass”). After Germany invaded Poland in September 1939, triggering World War II, the regime set up ghettos to segregate Jews from the rest of the population. Eventually thousands of camps and other detention sites were established across German-occupied Europe.”

Herder–farmer conflicts in Nigeria have mainly involved disputes over land and/or cattle between herders and farmers in the Middle Belt since the return of democracy in 1999. Often misrepresented as ethnic and/or religious conflicts, they are the result of economical, political and environmental tensions in the country.

Conflicts between farmers and herders can be understood as a problem of access to land. The beginning of the 21st century witnessed an expansion of agriculturist population and cultivated land at the expense of pasturelands in the Middle Belt. In an already politically unstable region, it has never always been possible to ascertain a legal title to land for every farmer. As a result, transhumance routes of herders were no longer available especially in a context of global warming.

The majority of farmer-herder clashes have occurred between Muslim Fulani herdsmen and Christian farmers, exacerbating ethnoreligious hostilities. Insecurity and violence have led many populations to create self-defence forces and ethnic militias, which have engaged in further violence. Critics and media have accused Fulanis of trying to Islamize the Middle Belt. In 2014, many Nigerian and foreign newspapers widely reported the Global Terrorism Index which ranked the Fulani as the fourth deadliest terrorist group on the planet. In 2019, journalist Tunji Ajibade accused the media of promoting ethnic hatred, by often attributing killings to Fulani herdsmen without any confirmation from the police. In contrast, ethnic and/or identities of attackers targeting Muslim or Fulani communities are often unidentified by the media.

Historically, protracted farmers-nomadic herders’ conflict has constituted a deepening form of insecurity in Nigeria. In the last few years the intensification and rising cases of the herders-farmers crisis, from brush fire to an all-consuming conflagration, raised issues of conspiracy of the state, poor attitude and inadequate preparation to providing security to the Nigerian people. In fact, the protracted violent confrontations between the farmers and the herders have expanded into more worrisome dimensions.

This can be seen from the changing patterns of the conflict in which the strategies adopted by the rampaging herdsmen shifted from primitive attacks at farmlands to the use of sophisticated weapons to invade communities and institutions.

Major General Mohammadu Buhari, the figurehead President of the country, has proven his ineptitude towards tackling and suppressing these attacks, despite his electoral promises of subduing the insurgencies of the Boko Haram sect within the first three months of his assumption over office.

More alarming is that, in recent times, these herders attacks have taken a different dimension. Killing to acquire lands seem no longer a satisfactory past time. Kidnapping has become their new play toy. Indiscriminate kidnapping of innocent citizens and demanding for preposterous ransoms have almost overtaken their thirst for acquiring lands.

It is under these perilous circumstances that the Nigerian Senate received a bill to establish a national agency for education, rehabilitation, de-radicalization and integration of repentant insurgents in Nigeria.

Senator Ibrahim Gaidam, who is the immediate past governor of Yobe State and also the sponsor of the bill, explaining his motive, said the proposed commission would help repentant insurgents to re-enter mainstream politics, religion and society. It would also would promote reconciliation and national unity. The bill was first presented to the Senate on Thursday, February 20, 2020.

With Tens of thousands haven been forcibly displaced, with properties, crops and livestock worth billions of naira destroyed, at great cost to local and state economies, the Federal Government has just recently come up with a proposed agency for these insurgents as a misplaced measure of curbing these killings? Or is that what it truly is?

We therefore, cry to the Senate and federal government to retrace their steps from this endangering bill. The passage and assent of this bill will, if not nipped in the bud, herald the ‘holocaust’, and bring nothing in its wake but massacre and more dealth. 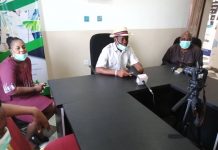