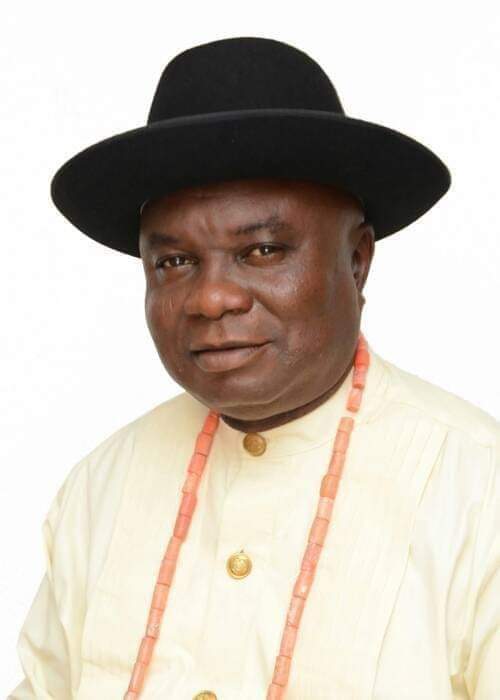 The agric commissioner who was represented by the Area Veterinary Officer in Ughelli North Local Government Area, Dr Onome Ighara, stated that the project would go a long way to impart on the public health of the community, even as he stated that water is very essential, and that better cleaning standard during meat processing requires good and portable water.

Hon. Egbedi added that good water system in the abattoir would improve the overall sanitation of the environment and all the facilities within, saying “This will assist in processing good and wholesome meat for public consumption and perhaps, this will reduce contamination and spread of diseases.”

The Chairman, Ughelli North Local Government Council who was represented by Hon. Etobore commended Dr Ugwu for the good gesture and called on the management of the abattoir to put into good use the facility so as to ensure hygienic meat for the people.

The Area Veterinary Officer, Dr Ighara who explained the importance of meat inspection stated that he had long time ago championed the cause for meat to be inspected before being released into the market.

He call on the abattoir management to co-operate with the already established inspection initiative, saying that it would help in ensuring that good meat was released to the public for consumption consequently controlling the spread of meat borne diseases which are hazardous to human life.

The Reverend Father of St. Gregory the Great Catholic Church, Oviri-Agbarho, Revd Barnabas Esegine, who prayed for Dr Ugwu, urged other to emulate the great gesture of Dr Ugwu, even as he called on the abattoir management to ensure proper use of the borehole.

He also added that every slaughter house in the state suppose to have good water system most especially the one’s located in the rural settlement, saying that the project deserved state government recognition.

Dr Ugwu in his statement stated that the unhygienic nature of the abattoir at Agbarho motivated him to sink the bore-hole for the community, saying that research has shown that unhygienic meat was the highest causes of tuberculosis disease in Nigeria.

According to Dr Ugwu, “Public health implication of unwholesome meat has made me to consider sinking a bore-hole at the abattoir. You can imagine women using only one bucket of water to wash a whole cow due to the fact that the distance from the river where they fetch water from, is very far from the abattoir.”

Present at the occasion were the State Director NYSC represented by Mrs Sambo, the Delta State Veterinary Service Director, the Imam of Agbarho Central Mosque, Sheikh Abdulazeez, chairman of the abattoir, Mr Akusu, the president of Agbarho community, corps members among others.

Highpoint of the event was the cutting of tape to commission the facility for use.