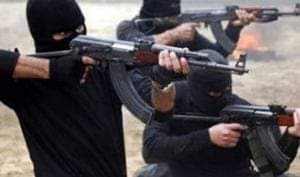 The Anglican Priest at OKo Agbele in Oshimili South LGA of Delta State, Revd. Anthony Oyi who was kidnapped by suspected Fulani herdsmen while working in his farm at Issele-Mkpitime in Aniocha North LGA has been released.

The Police PRO confirmed he was released at about 6pm local time today.

The PPRO, DSP Onome Onovwakpoyeya said she could not confirm if ransom was paid, but that efforts were still being made by the police to arrest the fleeing suspects.

Revd. Oyi was kidnapped alongside his wife and children while in his farm working, yesterday morning at Issele-Mkpitime.

The kidnappers, however at a second thought, left the wife and children to go look for ransom to release their father whom they took away.