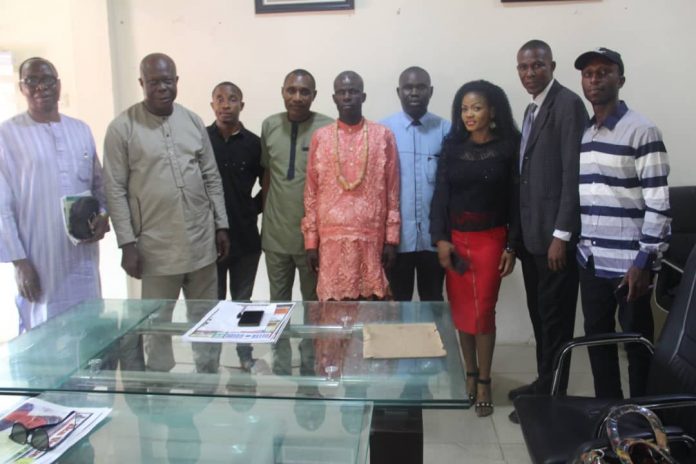 The Governor Ifeanyi Okowa-administration has reiterated it’s determination to continue to partner with Publishers and Proprietors of Community Newspapers across the state in the implementation of it’s Stronger Delta Agenda for the good of all in the state.

The assurance was given by the newly appointed Special Assistant, SA, Community Newspapers, Deputy Governor’s Office, Comr. Prince Orhomonokpaye, during a familiarization meeting with Publishers at the Ministry of Information, Asaba, Monday, December 7, 2020.

The SA who intimated the publishers that the aim of the meeting was to formally familiarize with his colleagues on his new office, deliberate on ways of charting a new course for the publishers’ constituency and acquaint the publishers with some of the programs his office is currently putting in place for Publishers in the state, conveyed the sincere appreciation of the state government to the publishers for their supports through objective publication of news and information so far, even as he urged them to continue to partner with the governor through his office for a more robust and beneficial relationship.

Comr. Orhomonokpaye emphasised that the state Governor, His Excellency, Sen. Ifeanyi Okowa, holds community newspapers publishers in the state in high esteem, with special recognition as critical stakeholders that ensures the reportage of news and information to people in the grassroots across the state, hence he graciously appointed two Special Advisers on Community Newspapers – one directly under his office, and another now in the office of the Deputy Governor.

Responding to the critical issue of the population of publishers’ associations in the state with non publishers, Comr. Orhomonokpaye assured of his determination to use his office to ensure that genuine publishers are recognized and those not publishing filtered out to ensure that the government is dealing with the right set of people as it affects the publishers’ constituency.

Meanwhile, publishers in the state has congratulated Orhomonokpaye on his new appointment just as they conveyed their sincere gratitude to His Excellency, Sen. Ifeanyi Okowa, the State Governor for finding one of their own worthy of appointment in the Community Newspapers’ constituency.

The publishers pledged their willingness to work with the new SA Community Newspapers in particular, and the State Government, in general, to ensure that the good programmes and policies of the government are effectively reported for the general information and appraisal of the generality of Deltans.