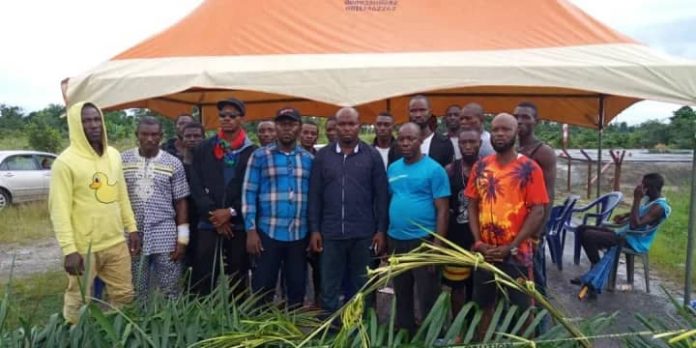 The Host communities hinged their reason for shutting down the Flow Station over the NAOC refusal to restructure the Global Memorandum of Understanding (GMOU) to reflect the history, clan, proximity, affinity of the communities in the GMOU arrangement.

In statement made available to newsmen and endorsed by chief Lucky Ikadueme and comrade Perfect Ikpekri respectively on behalf of the communities called on the Senior Special Assistance to President on Niger Delta Affairs, Hon. Ita Enang to intervene on their demands.

“In addition to the Osifo, Abuetor and Osekwenike communities NAOC brought in six Ijaw communities drawn from two LGAs of Sagbama and Kolokuma/Opokuma to be clustered with the Isoko communities.

“This novel GMoU as contrived by Agip is fundamentally flawed as these communities are of different ethnic nationality and do not have a common history, clan, culture and affinity lines. So, there is bound to be inter-tribal supremacy tussles and mutual distrust that will negate the sustainable development of the clustered communities.

“Hence, we ask that the SSA to the President on Niger Delta Affairs intervene to help us restructure the GMOU to reflect the history, Clan and affinity lines of the communities instead of this incongruous arrangements by Agip.”

According to the statement, “So, if Agip is not stopped, we shall be compelled to shutdown the Oil Field to enforce strict compliance with our just demand to restructure the GMOU.”