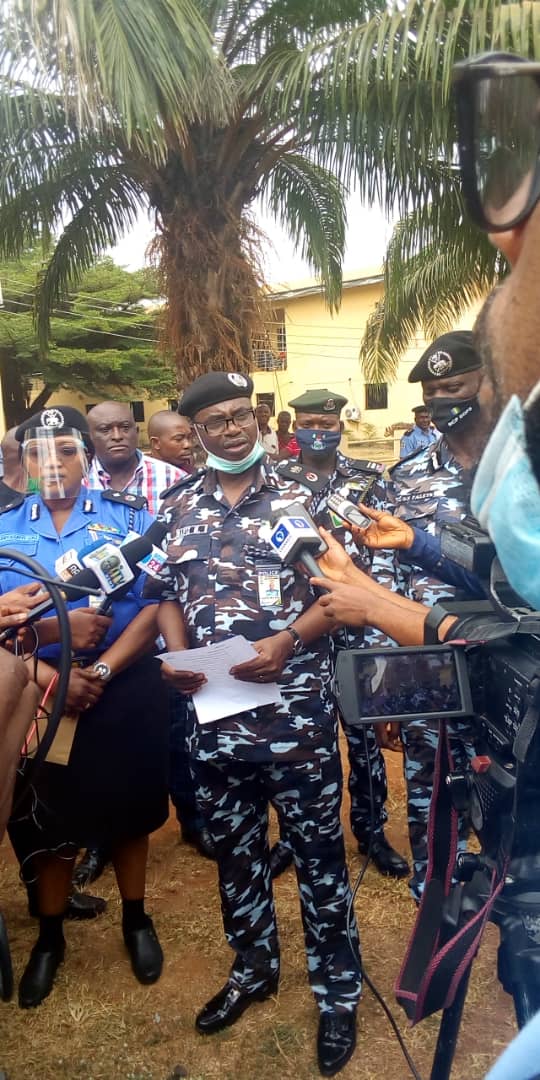 Parading the suspects before newsmen at the Police Command in Asaba on Thursday, the State Commissioner of Police, Mr. Hafiz Inuwa said that the proactive and reactive crime preventive mechanisms yielded more positive results.

According to the CP, 27 suspects were arrested for armed robbery, 25 were suspected cultists and 12 persons arrested for kidnapping.

”Many robberies and kidnapping attempts were foiled through visibility patrols and prompt response to distress calls.

”Many armed robbery suspects, suspected kidnappers, cultists and other criminals disturbing the peace of the state were arrested”, Inuwa stated.

The Commissioner disclosed that some hoodlums/criminals were among #EndSARS protesters who participated in wanton destruction of police assets and government properties were among those arrested.

He explained that some of those arrested have been charged to court accordingly.

Inuwa averred that the sophisticated/prohibited firearms and ammunitions from suspects, vehicles robbed or stolen within and outside the state, hard drugs and other stolen and incriminating items were recovered.

He said that the command had been confronted with the challenges of enforcing and ensuring compliance with regulations and measures put in place by the federal and state government, aimed at curbing the spread of COVID-19 pandemic and the mitigation of its impact in the state.

“The domino effect of the #EndSARS protests which was hijacked by hoodlums and turned violent had a devastating impact on the general security of life and properties.

Also, the spike in crimes and criminality associated with ember months added to the headache, he said.

“Notwithstanding the above, the enormous pressure the COVID-19 pandemic preventive measures placed on the police as the principal law enforcement agency in the country, and aftermath of EndSARS protest amid security worries, the command intensified efforts to provide security in the state”, Inuwa stated.

He assured residents of the state of the command’s renewed commitment towards the protection of lives and property in the state while urging them to remain at alert and security conscious during the season of festivities.

He also solicited their continuous support, understanding and cooperation of members of the public in the fight against crime and criminality within the state.