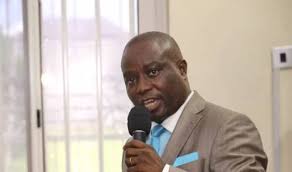 The Delta State Forum of Elites and Technocrats, A body of leaders of various professional groups, has condemned in strong terms the campaign of calumny against the Permanent Secretary, Government House and Protocol, Sir Edwin Ogidi–Gbegbaje.

The group in a press release signed by it Director General, Amb. Oke Idawane (JP), Chief Edirin Ogbe Scott, Publicity Secretary and two others warned all political jobbers, blackmailers in Delta state to henceforth desist from every evil plot against the PS.

“We condemn in totality the news report published by “Union Newspaper” alleging that N52.6m was used to purchase Micro-Phones. We make bold to say that the report was born out of ignorance, wickedness and calumny by enemies of goodwill and hard work. Such lies are carried by blind people and believed by those without a good sense of judgement.

The group insisted that the report was a calculated attempt as they have done in the past to discredit the hard working Permanent Secretary who has distinguished himself as a worthy ambassador of Delta State and Nigeria, a civil Servant with a difference.

“We observed that the reporter did not know the difference between microphones and conference Hall Multi-channel Public communication system.

“A micro phone is a small component of a PA system please note. For a reporter to claim that the sum of N52,662,300 million was expended to purchase mere micro phones is a lie from the pit of hell, unpardonable action, gross ignorance that is not an excuse and criminal mischief.”

According to the elites, “The purchase passed through due diligence and process, let it be known that the Permanent Secretary is under higher authority hence cannot award contracts without approvals from his superiors.

“The state of the art Dicentis Wireless (BOSCH) conference system is a robust communication system. It is sophisticated for top level conference. It does not sell for the prices of mere micro phones as alleged by the reporter and his cohorts.”

To this end, the group advised Deltans especially journalists to shelve the act of evil reports against distinguished civil servants and leaders. Enough of these campaigns of pull them down.

“We shall approach the courts for further actions if such repeats against the Gbegbaje or any other top level civil servants, leaders in the state, we are watching and following up.”

The group called on all Journalists to do good jobs by reporting only true and genuine information and news for peace and progress of the state.