Home News NINvirus’ And The Plight Of Mobile Phone Subscribers 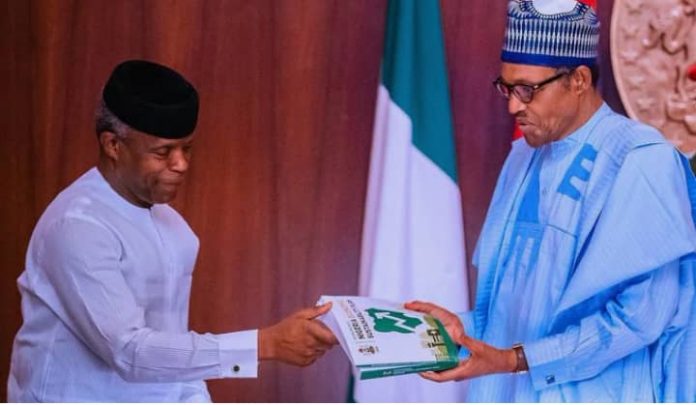 The Corona Virus Pandemic that took the entire globe with a storm is yet another inexplicable mystery about human existence on earth. It came without warnings and with a plethora of projections as to its actual sources and causes.

However, general consensus was that it was from Wuhan, an industrial town in China, in the year 2019. It was thereafter rechristened COVID-19. Some said that the actual meaning of the acronym (COVID-19) is Coronavirus developed in 2019, an indication that it was scientifically developed by humans ! That too is still a hazy dialectic conjecture.

What is still clear about the novel pandemic and its recent mutations in a second wave is that the existence of humans is precariously unsafe. Whether man made or natural occurrence, like many others ills that had befallen humanity, Covid-19 has continued to unearth the inexplicable quest of man to unleash excruciating pain on humanity while also surreptitiously tapping some condemnable benefits from such pain ! Man inhumanity to man !

Like the scenario of COVID-19, the sudden introduction on December 15, 2020 by the Nigeria Communication Commission (NCC) of a new regulation, titled “Implementation of New SIM Registration Rules”, took Nigerians with a flurry of confusion ! Apart from the earlier on passed law on November 7, 2011 (Registration of Telephone Subscribers) to ensure that the identities of mobile phone subscribers in the country were properly registered and documented in a centralised government database, the present directive tightened the noose a little stronger on mobile phone subscribers with the stern instruction to network providers to block any SIM card of a subscriber who failed to link his or her National Identification Number (NIN) with such SIM on or before December 30, 2020 ! Before that fresh directive, the NCC had on December 9, 2020 directed mobile phone network providers to suspend issuance and registration of new SIM cards in the country.

Although the NCC has reacted to the uproarious outcry of the public by extending the period of the fresh registration and given the opportunity for replacement of stolen, missing or damaged SIM cards, most Nigerians are not only wondering what the government stands to benefit from an exercise they see as punitive, they also see the Buhari Administration as being insensitive to the plights of Nigerians. They argued that the same identification number they were being made to provide under excruciating conditions amidst the second wave of COVID-19 pandemic in the country had been made available in various platforms, including the national identification card, voters card, driving licence, international passport, birth certificates, local and state governments certificates of origin, adding that the fresh directive was an index of government inability to coordinate its various activities into a uniformed database.

It is said that the purpose of the sudden directive for a fresh registration of subscribers was to ease surveillance and curtail crimes in the country. However, many Nigerians sneered at such flimsy explanations, maintaining that the ruling party was jittery about the opposition and was planning to use this new development to monitor the activities of the latter ahead 2023. They opined that the exercise was not directed at the rustic Nigerians, who may not understand what it means to be blocked from the telephone network, other than the inability to make and receive calls on their mobile sets, but at the elites, businessmen and some class of politicians who indulge in the sophisticated use of mobile phones in the country.

The latter argument appears to hold some water. Nigeria currently has a population of over 206 million residents and conservatively close to 180 million mobile phone subscribers in the country. So far, statistics available indicate that less than 40% of subscribers in the country have NIN. Though, the Federal Government has been rolling out measures, including online registration, through the National Identification Management Commission, to facilitate having the NIN, but with the short time given for the consummation of the exercise, very many mobile phone subscribers would be blocked from having access to the networks. Not only would this spell doom for the national economy, but would retard the sociopolitical wellbeing of majority of citizens of the country.

It was such realisation that impelled the Mexican authorities to repeal the mandatory SIM cards registration and destroyed all already registered personal data of Mexicans so officially stored in a database in the country, sequel to the directive of the European Commission (EU) in 2012 to all its affiliate states to provide evidence of actual or potential benefits from mandatory SIM cards registration measures. After a critical appraisal of all responses received, the EU concluded that there was not much recorded either in tracking crimes or cementing a common front for the EU states.

The United State of America and some other liberal democracies in the world also see mandatory registration of SIM cards as infringing on the personal privacy, association and movement of their citizens. There are many other subtle measures through which a country can monitor its citizens and ensure that they embrace positive attitudinal change, other than forcing them to throw their doors and windows open at all times through which government could glare at their privacy.

It is against this bleak reality that one would want to advise that the blanket time frame of registration for NIN and linkage of same to SIM cards by mobile phone subscribers in the country be lifted, making way for a continuation of the exercise, until all the already initially automated registered subscribers by their various network providers are captured in the NIN registration exercise. That is, if the exercise is necessary at all !