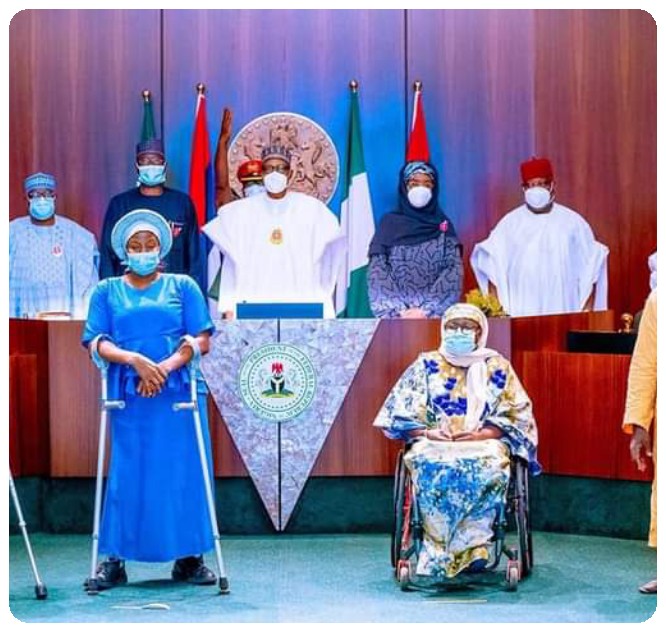 William F. Buckley, American controversial, conservative political writer, in his incisive essay, “ The Hysteria About Words ’’, explains “ energumens’’ as certain kinds of people who are possessed by evil spirits and fanatically addicted to particular ideas and who desperately seek to reorder public affairs according to their hypnotic vision.

There is no doubt that a greater percentage of people who fall within the above descriptive bracket of queer personalities are entrusted with the policy formulation and implementation in Nigeria. It may be alarming, but some of the people with whom our collective destiny resides and who should responsively address the welfare of the entire citizenry are simply self-serving in their leadership approaches. It is either they lack humanistic essence of service or some destructive unseen forces have blurred their vision to present day harsh realities in the country so much so that they just cannot reason effectively in their daily duty of governance or the call to service.

Is it in the civil service which serves as the engine house of government policy formulation and implementation, in the legislature where laws are supposed to be made for the general wellbeing of the citizens and development of the country or in the judiciary where sound adjudication of justice should form the fulcrum of good governance that one cannot find some questionable characters at the helm of affairs?

Now, look at the civil service, how it is so patterned that it does not encourage professionalism. What is expected of a situation where a graduate of say, Philosophy or History is detailed to head an accounting or Engineering department in a government establishment? Of course, such hierarchical ascension to positions of authority in the service is responsible for the ever dwindling productivity in the service.

In the private sector the businessman is not only aware of the continuous need to maximize profits through timely, efficient and effective deployment of available resources, human capital inclusive, but he is conscientiously and dutifully on his toes at all times to ensure the growth of his business. That appears not to be true of the way the civil service is being run; perhaps, owing to the inadequacies of some of the personalities who ascend to positions of trust, simply on account of their length of service. It is true that “ government has no business in being in business ’’, but is it then true that the civil service encourages individuals, even though dullards, to wait patiently for their turns as civil servants to amass wealth without any control when finally they assume higher offices ?

Another new dimension is when a senior and substantive director in charge of a department in a ministry would suddenly jostle to take over the headship of another, wanting to have his way at all costs, as if one department is above other departments in such a ministry ! It is only a blurred vision of the service by an officer that could inform such unethical and irrational proclivity for ascension to any position of authority in the civil service.

Now, take a look at the legislature, how quality time and resources are daily being wasted to legislate on issues that would not positively impact on the lives of the ordinary citizens; how those who are supposed to conscientiously reflect on the mandate given them by the people have turned round to make questionable laws to further impoverish the people. Like the Greco-Roman Leviathan, they have suddenly become so powerful that not only are some of them irresponsive to the yearnings of the electorate who elected them into office, but are simply devoid of any iota of scruples and are, therefore, not accountable to the source of their power.

One heartwarming reality for every vulnerable girl-child in the country, concerning the vexatious legislation in the past, and still recurring on the floor of the National Assembly, on child marriage is that the legislators appear to have forgotten to make the law mandatory for parents to marry off their under-aged daughters against both the will of the girls and their parents. Though, Senator Enyi Abaribe, the then Chairman, Senate Committee On Information, Media and Public Affairs, came out strongly in his defence of what actually transpired in the hallowed house, the truth still remains that the girl-child is still vulnerable to early marriage in some states in the country. What is more, the pervading poverty among some parents could stampede some of them into jeopardizing the future of their daughters in exchange for money to survive from old men who would not themselves give out their daughters in marriage until the girls have attained the age of discretion.

Again, it is only in this part of the world that a criminal could be let off the hook, while an innocent victim of circumstances could be made to rot in prison because of the billing of some of the people who ought to dispense justice fearlessly and conscientiously. Delayed dispensing of justice has cast aspersions on the neutrality and sense of urgency of the judiciary in the country. Justice delayed is justice denied ! How can a case before a court of justice drag on and on for as long as ten years or more in the country !?

Like in George Orwell’s satiric novel, “The Animal Farm”, where the collectively written agreement of association among the animals is surreptitiously altered to suit the debilitating ego of some of the more clever animals at the expense of the welfare of the majority of the animals in the farm, institutional corruption has empowered certain organizations to continue to short change the ordinary man of his right to enjoy blissful life, not because he lacks the potentials to develop naturally, but owing to some obnoxious laws being made to keep him perpetually a downtrodden citizen; laws which must be determinedly interpreted against him each time he dares to shake off the shackles of deprivations built around him by constituted authorities in the country.

Perhaps, the most disturbing national issue in Nigeria today is general insecurity. From Maiduguri to Port Harcourt, through Enugu to Ibadan and beyond, the horrendous news of kidnapping, robbery, gang raping of women and killing of innocent citizens by suspected rampaging herdsmen keeps pouring in on daily basis; yet, government at all levels, particularly at the federal level, appears unruffled by the damning situation in the country.

Instead, some gullible Nigerians have thrown national interest to the wind to celebrate the appointment of new service chiefs on regional and tribal colourations, as if the out gone officers were so lame that they could not tackle insecurity in the country. The cane with which the senior wife was beaten into line is still being securely kept in the rafter for the new wife. Lack of political will and insincerity is the issue, not implementation of policies.

Happily, the beauty of human existence is that nothing lasts forever, be it evil or good; the present plethora of below average managers of our public lives is not an exception. It is also necessary to reiterate the transient nature of power and to sound a note of caution to those entrusted with it that one day, the chickens must come to roost and that should be the appropriate time to look back like the proverbial lizard and nod ones head, saying, “my stay in power has improved the lots of my people, I am fulfilled. ’’ That would have transformed you from being a rabid energumen !

Yes, no amount of acquisition of personal wealth is more gratifying than positively touching people’s lives when one is empowered to the glory of ones creator to do His Heavenly will.