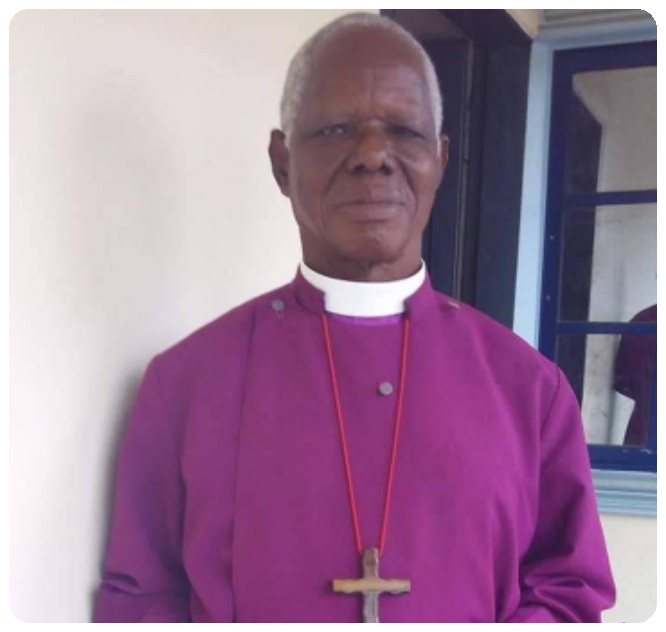 The Right Reverend Jonathan Edewor, Emeritus Bishop of Oleh Diocese of the Anglican Church has answered the final call of God, on whose vineyard he toiled selflessly.

Papa was the Gold standard for tolerance, faithfulness and adherence to the highest tenets of religious observance.

Rt. Rev. Edewor’s demeanour was one of someone completely devoid of any worldliness, and he was fully committed to serving God. His artlessness, together with his transparent faith, deep knowledge of the scriptures and tireless work for the people endeared him to all and won him unique respect and affection.

Beyond these, Rt. Rev. Edewor, renowned educationist of repute, was very knowledgeable in the management of men and resources as well as liaising with government on carving a role for the church.

I recall especially the critical role he played in securing the hand over of some schools to the church as chairman of the Committee former Delta State Governor, Dr. Emmanuel Uduaghan, set up to facilitate the return of schools to their former owners.

Such was the wide consultation he undertook in carrying out his task that his committee’s report which formed the template for government’s return of schools was accepted not just by the state government, but by the Nigerian Union of Teachers (NUT) and other stakeholders.

As a committed Christian leader and counsellor, Rt. Rev. Edewor provided spiritual guidance for leaders in the state.
His candour, forthrightness and bold liaison with political leaders will be sorely missed. We pray that the Most High comfort his family and the faithful he left behind.

May his wonderful soul find favour in God’s paradise. Amen.