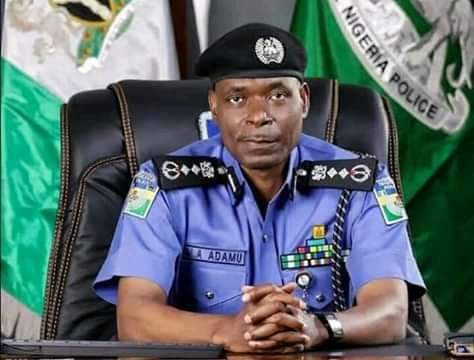 Victims of arson and wanton destruction of their properties following the crisis that rocked Evwreni community, Ughelli North local government area, Delta State, on the 10th of October, 2020 has petitioned the Nigeria Police Service Commission over unprofessional conducts of two servicing police officers in Delta.

The four affected victims, Amrophe Abokitia (the Odion of Evwreni), Mr Matthew Uba, Oke Afakiyoma and Onajite Omamomor through the lawyer, Omes Ogedegbe, Esq urged the PSC to intervene in their case and ensure that justice is done by bringing the culprit who unleashed terror them to book.

The petitioner also accused two police officers, CSP. Kelvin Zuokumor and SP, Airohuomon Johnbull of the “A division”, police headquarters Ughelli of unprofessional conducts and abuse of their office.

The victims in the petition which was addressed to the Chairman, Nigeria Police Service Commission, which also copied the Inspector General of Police, Commissioner of Police, Delta State and the Attorney General and Ministry Of Justice, Delta State made available to us also accused the two officers of deliberately frustrating investigation into the case.

THE CHAIRMAN
NIGERIA POLICE SERVICE COMMISSION,
OLD FEDERAL SECRETARIAT,
CENTRAL BUSINESS DISTRICT,
ABUJA- NIGERIA.
SIR,
A CASE OF UN-PROFESSIONAL CONDUCT, ABUSE OF OFFICE AND COMPROMISE BY OFFICERS OF THE DELTA STATE POLICE COMMAND ORCHESTRATED BY CSP. KELVIN ZUOKUMOR AND SP, AIROHUOMON JOHNBUL WHO DELIBERATELY FRUSTRATED INVESTIGATION AND PROSECUTION OF A REPORTED CASE OF ARSON AND MALICIOUS DAMAGE TO THE PROPERTIES OF AMROPHE ABOKITIA (THE ODION OF EVWRENI), MR. MATTHEW UBA, OKE AFAKIYOMA, ONAJITE OMAMOMOR & OTHERS BY MEMBERS OF THE LOCAL VIGILANTE GROUP LED BY MR. MRABURE OKOME & HIS COHORTS AT THE BEHEST OF THE OVIE OF EVWRENI KINGDOM REPORTED AT THE POLICE A DIVISION IN UGHELLI NORTH LOCAL GOVERNMENT AREA OF DELTA STATE. A DEMAND FOR JUSTICE.
We are Solicitors to Amrophe Abokitia (the Odion of Evwreni), Mr Matthew Uba, Oke Afakiyoma, Onajite Omamomor who shall hereinafter be referred to as our clients on whose firm instructions and behalf we hereby write and deliver this letter to you.
It is our instruction thus;
1. Our clients are the direct victims of the wanton destruction and arson on their properties on the 10th of October, 2020 in their Evwreni community.

2. That on the 10th of October, 2020 at about 12noon members of the local vigilante led by Mrabure, Ese Emonena, Aphiomo Louise, Tayeoboga, Amudiake Obada, Onos Giant and Onome Adebotu at the instigation of the monarch invaded our clients’ properties while armed with deadly weapons and burnt down their houses basking on the spiritual support of Hon. Arue Odeimor acting as their native doctor.

3. That our clients by a petition dated the 14/10/2020 addressed to the divisional police officer, police divisional headquarters, A division in Ughelli North Local government area of Delta State via a petition from the office of A. A. MUMAKAI-UNAGHA & CO demanded for the arrest and prosecution of the above-named persons.

4. That upon the receipt of the said petition, the police invited our clients via a letter of invitation dated 20th of October, 2020 duly signed by CSP Kelvin Zuokumor requesting our clients to be led to him by SP, Airohuomon Johnbull.

5. That upon their appearance, statements were duly obtained from them by police named Sergeant Henry so assigned.

6. That not long afterwards, the police division, Ughelli successfully arrested the named suspects only to have granted them bail almost immediately in very telling circumstances.

7. That the police continued to frustrate our clients who have remained displaced from their ancestral home because they do not have the means to fight for justice in this clear case of arson and willful destruction of their properties.

8. That after several demands for justice, our clients were informed by the SP Airohuomon Johnbull that the matter has been transferred to the police state command headquarter, Asaba and suffice to state no named office was mentioned to them.

9. That it was upon the discreet intervention of our office that the police division, Ughelli North Local government area informed the Head Legal of the Delta State Criminal Investigation Department (SCID), Asaba, Delta State that the case file is still with them in their Ughelli North Police division as only the duplicate case file of the matter was sent to the Department of Public Prosecution (Ministry of Justice) for a legal opinion.
The above clearly demonstrates a grand conspiracy by the police to frustrate our clients quest for justice for a people whose properties were completely burnt down by a group of a known arsonist and yet without any form of arraignment, the Ughelli North police division have not only refused to prosecute but have fostered the illusion by dumping the case file with the Ministry of Justice.
Assuming without conceding, should there be any likely legal issues arising from our clients’ complaint seeking clarification, the police has its legal department for that purpose. Sadly, without any form of the arraignment of anybody whatsoever, the Ughelli North police division with the tactic consent of the Delta State police command, Asaba proceeded to dump the case file with the ministry of justice, Asaba, Delta State claiming strangely to be seeking a legal opinion while sending our clients on a wide goose chase.
We demand for justice for our clients as it is a strange practice to have sent a case file to the Department of Public Prosecution when no court has either assumed or declined jurisdiction over the matter as that is only a ploy to unceremoniously lay the matter to rest.
WE DEMAND FOR JUSTICE. 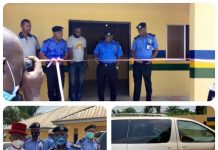 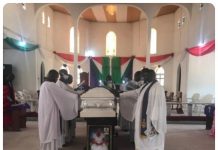