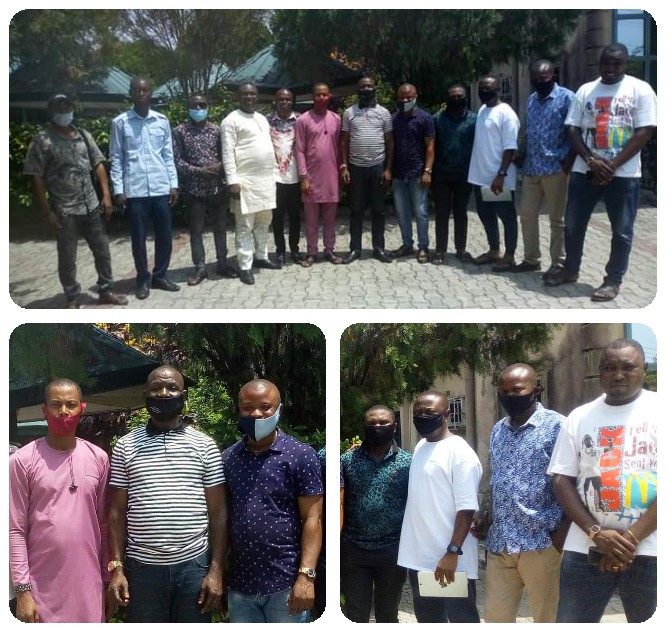 Chairman of the Publicity Committee of the Peoples Democratic Party, PDP, Council elections campaign in Ethiope East Local Government Area, and Executive Assistant to the Governor of Delta State on Communications, Dr Fred Latimore Oghenesivbe, has said that the good governance initiatives and enviable achievements of the Okowa administration since May 2015, has consistently gave the leaders of opposition parties serious nightmares, especially the All Progressives Congress, APC, in the state.

The EACGOV made the assertion on Wednesday 17th February, 2021 at the inaugural meeting of the Publicity Committee held at Otobrise Hotel in Kokori, saying that winning elections must be premised on something tangible and realistic, which is why the landmark achievements of the state governor, Senator Dr Ifeanyi Arthur Okowa, will serve as the main focus during 2021 council elections media campaign.

He said the APC as a political party has disappointed Nigerians in infrastructure and socioeconomic development, wasted billions of dollars on power generation and distribution without corresponding improvements on power supply, pointing out that low income earners remained frustrated in abject poverty as a result of high inflation, regular increase in pump price of petrol, multiple increases in electricity tariff while the nation is in darkness.

Oghenesivbe noted that high unemployment rate has driven young graduates into cyber crimes, yahoo and other criminal activities with no hope for the future under APC national government.

He said Nigeria has been in perpetual stagnancy since 2015, with no respect among the comity of nations due large to poor management of the economy, selective justice, disrespect for the rule of law, acute corruption in high places and inability of the federal government to tackle insecurity in the country.

He urged members of the campaign committee to clearly highlight the multifaceted failures of the APC national government and increase the temple of awareness for the various achievements of the Okowa led PDP government in Delta State, pointing out that the APC have no achievements and nothing positive to tell eligible voters during the ongoing council election campaign in the state, and which is why PDP will win the entire twenty five local government including Ethiope East on March 6, 2021.

Oghenesivbe further asserted that the party’s candidate in the LGA, Pharmacist Victor Ofobrukueta, is a man of integrity, humble and stable in character, adding that he has demonstrated sufficient leadership skills pointing to show that he will be a team player. His maturity and high sense of humour has been commended by leaders and stakeholders. He is approachable, not arrogant and not proud in spoken words, actions and inactions.

“Our job as campaign publicists is to implement a strategic media campaign plan and drive it to a logical conclusion. We have so much achievements of this administration to talk about, and you know that the main opposition, APC has failed Nigerians beyond human comprehension.

“Our state party leader and governor, Senator Dr Ifeanyi Arthur Okowa is a promise keeper, a visionary and consummate leader with so many achievements to his credit. The job and wealth creation initiative of His Excellency the Governor via the State Bureau for Job and Wealth Creation has drastically reduced unemployment rate and jacked up prosperity for all Deltans.

“Our candidate for the council election, Victor Ofobrukueta has been tested as Supervisory Council for Health during the first tenure and as leader of the Legislative arm of the Council during the second tenure. We trust him to take charge of the council haven survived all odds to emerge as our party’s candidate through divine intervention.

“We must therefore work very hard and deploy all known positive media campaign strategies to sell a good product, in the person of Pharmacist Victor Ofobrukueta; and in the same token we must remind the good people of Ethiope East and all Deltans, of the monumental failures and gross incompetence of the APC national government

“We are the mouthpiece of the LGA campaign council and our job is unambiguous and achievable, it is a preamble to the 2023 general elections media politics.

“Our candidate and party shall win council elections across the state because of the wonderful achievements of this administration under the firm and superb leadership of the platinum governor, Senator Dr Ifeanyi Arthur Okowa,” Oghenesivbe assured.

The Publicity committee worked on media campaign proposals and budget to be scrutinized and approved by the LGA campaign council.