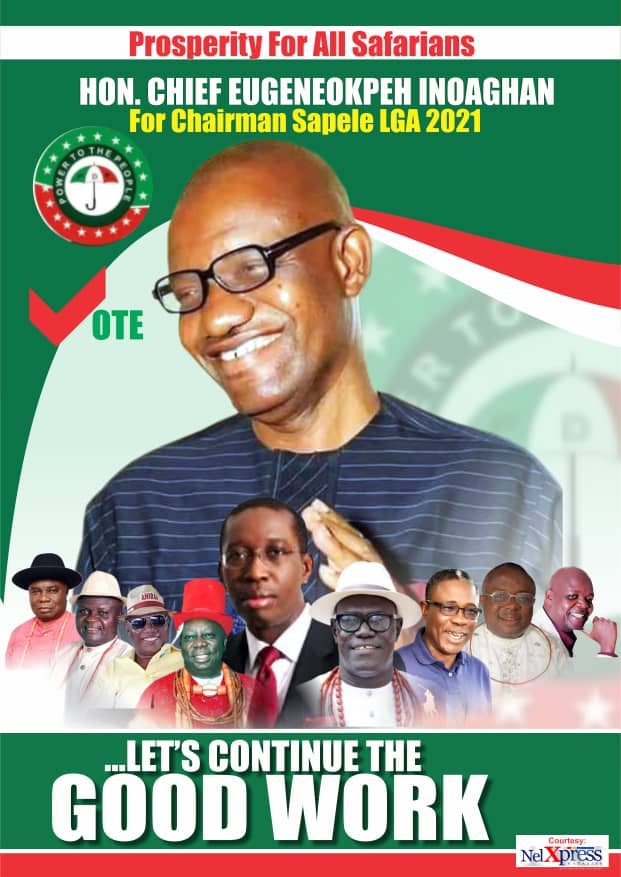 They disclosed this to newsmen when the party flagged off campaign in the LGA.

Speaking to newsmen at the campaign grounds, Sapele PDP campaign Secretary and Committee Chairman of Protocol/Publicity, Honourable Harrison Ekeleme, and Chief Benson Okorodudu respectively, expressed optimism that the PDP would be victorious because the electorate were pleased with the party’s achievements in area in particular and state in general.