Home Politics 2023: We Need A Successor That Will Drive Okowa’s Laudable Policies, Programmes... 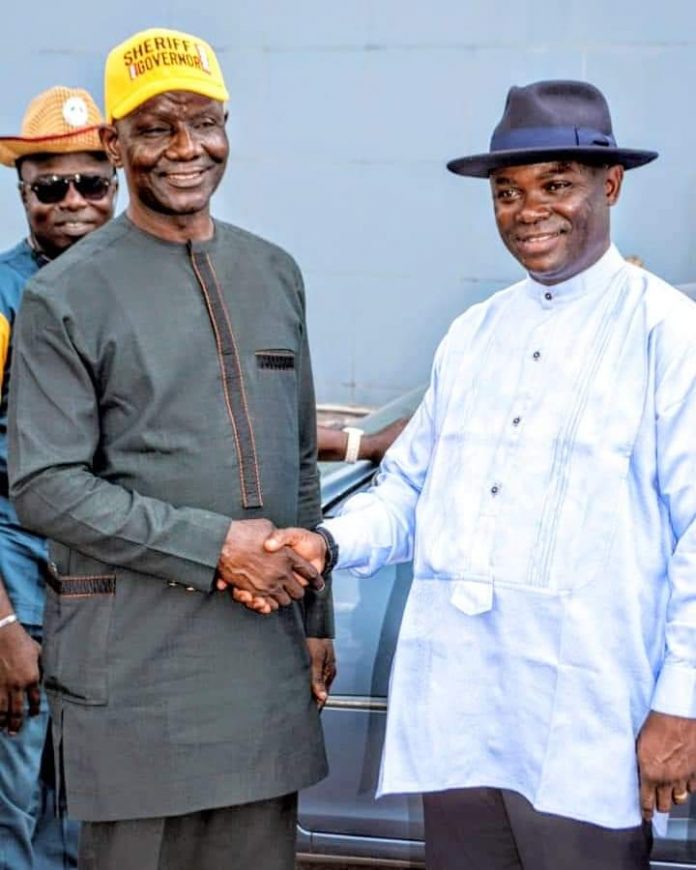 A vibrant lawmaker representing Ethiope Federal Constituency in the House of Representatives, Hon Ben Roland Igbakpa has emphasized the need for the next governor of Delta State, to be someone who have worked closely with the incumbent governor, Senator Dr Ifeanyi Arthur Okowa.

The federal lawmaker made the assertion on Sunday 3rd April, when he had extensive interface with members of the Coalition for Media Politics and Governance, CMPG, in Sapele, Delta State, saying that it will be completely out of place to have a governor that will scrap the sound and result oriented socioeconomic and infrastructure development policies and programmes of Okowa administration. 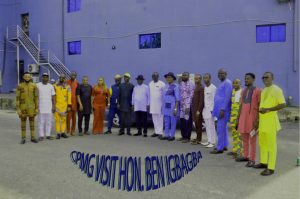 Igbakpa noted that since governor Okowa assumed office in 2015, the state witnessed tremendous development in roads construction and rehabilitation, built institutions and system structures that raised ethical standards in government business, encouraged individual commitments in public service, and in the same token trained and empowered several young entrepreneurs via YAGEP, STEP, RYSA, PROJECT GEST and others.

On star projects, Igbakpa gave kudos to governor Okowa for his ingenuity in the construction and commissioning of the multi billion Naira Obi Prof Chike Edozen State Secretariat, Stephen Keshi International Stadium, establishment of three Universities and construction of Technical Colleges across the twenty five local government area, some of which are due for commissioning.

In the light of the above, Hon Igbakpa opined that the mistake should never be made to elect a governor that will jettison these laudable programmes and replace them with something that is entirely unpredictable, pointing out that this is why Deltans must align with the governor to produce his successor in 2023, a fellow the governor truly trust and believe will take the state to an enviable position from where he stopped.

On his stewardship, Igbakpa disclosed that his track records as the representative of the good people of Ethiope Federal Constituency are visible and tangible, well documented in terms of motions, Bills sponsored and his numerous empowerment programmes.

The pragmatic lawmaker said the Bill he sponsored for the establishment of the Federal University of Education Isiokolo in Ethiope East Local Government Area will soon be passed into law. When operational, he said, the University will open up substantial socioeconomic and infrastructure development in the local government, more particularly in Agbon Kingdom comprising; Isiokolo, Okpara, Kokori, Eku, Orhuakpor, Ovu and environs.

“Governor Okowa has proven to be a visionary leader and a performing governor. There is no iota of doubt about the governor’s remarkable achievements, and it will be proper to allow him play a substantial role in the process leading to the emergence of his successor.

“I say this because where Okowa go, I will go, and his choice of a successor will be my choice as well. I want a situation where the next governor would sustain and expand the laudable economic policies and people focused programmes. We cannot afford to take ten steps forward and take twenty steps backward. God forbid.

“So, the governor is in a better position to know and identify that particular individual he can trust to drive his policies and programmes to fruition, because eight years is certainly not enough to complete the SMART and Stronger Delta Agendas. A substantial part of it must therefore be incorporated into the socioeconomic agenda of his successor.

“As a representative of my people at the Federal House of Representatives, I have worked so hard to justify the mandate given to me by the good people of Ethiope Federal Constituency and still counting.

“I moved several motions and sponsored several Bills. I am very happy to tell you that the Bill for the Establishment of the Federal University of Education, Isiokolo, will soon be passed into Law, and that project will open up massive socioeconomic and infrastructure development in Ethiope East LGA, particularly Agbon Kingdom which really deserves federal presence like several other communities in my constituency.

“I thank the Chairman of CMPG, Chief Barr Fred Latinore Oghenesivbe, a man truly gifted in strategic communication. I understand he convened this group and gradually CMPG is moving up and very soon the group shall become a reference point in politic politics and good governance advocacy.

“The inauguration of CMPG was unique and with the calibre of dignitaries that graced the event, it goes to show that the future is very bright for this group. And from your activities it has become very obvious that you are well organised and result oriented.

“I deeply appreciate this interface and I hope we shall meet from time to time. My sincere regards to the Grand Patron of CMPG, His Excellency, the Governor of Delta State. Keep the flag flying,” Igbakpa said.

Earlier in his opening remarks, Chairman of CMPG and Executive Assistant to Delta State Governor on Communications, Chief Barr Fred Latimore Oghenesivbe, said the visit was necessary to acknowledge the sagacity and laudable achievements of Hon Roland Igbakpa, in the House of Representatives.

“We are here to say, thank you, for raising the flag of Delta State very high through your active participation in the business of the country at the Green Chamber.

“We have lost count of your motions and Bills. You have proven that law making is not for lazy people, not for recalcitrants and not for confused introverts. You have done extremely well.

“We trust your resolve to be reelected in 2023, and we say to you, GO AGAIN. It is important for you to remain in the House of Representative beyond 2023, because of your commitment in the justification of the peoples mandate.

“We thank you for being a positive voice for your people, Delta State and this country,'” Oghenesivbe said.

2023: Vote Oborevwori, The Unifier For Governor.