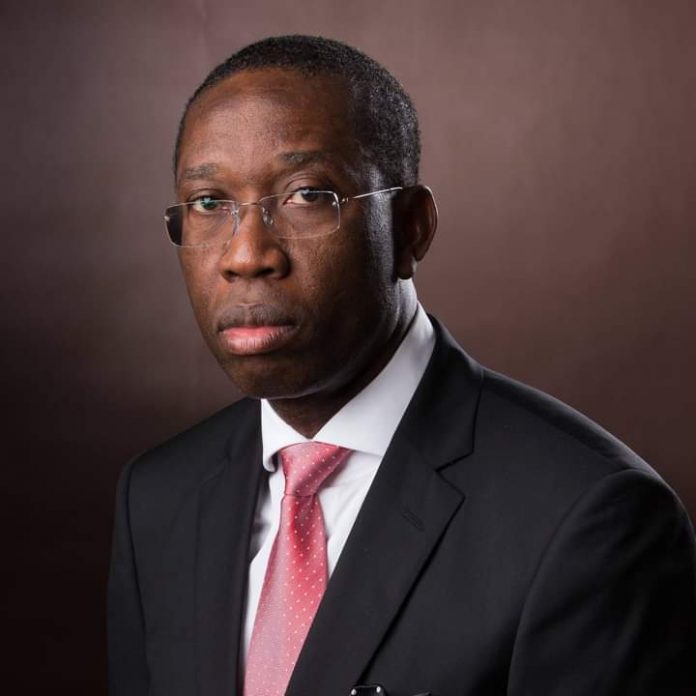 A Delta-born advocate and environmental right activist, Chief Comrade Sheriff Mulade has condemned the use of Delta State oil facilities in Ijaw and Itsekiri areas as collateral on the N150 billion loan by the Delta State Government. This was after chief Mulade congratulated Governor Ifeanyi Okowa on his emergence as the Vice Presidential running mate to Alhaji Atiku Abubakar of the PDP. Chief Mulade further admonished Governor Okowa to judiciously use the billions of naira borrowed to execute people-oriented development projects for the benefit of Deltans devoid of politics.

Speaking further, Chief Mulade said Delta State Governor Ifeanyi Okowa obtained a N150b loan, part of which he (Okowa) said was meant for the construction of an international conference centre in Asaba, as well as other development infrastructure in the State, using the State’s assets, especially the State’s oil facilities, as collateral.

Chief Mulade who is also the Ibe-sorimowei of Gbaramatu Kingdom, in Warri South West LGA of Delta State, made the assertion on Friday, 1st July, 2022, in a statement issued in Asaba, saying that the information was part of the findings of an independent investigation carried out on the alleged contract agreement used to acquire the said loan.

He noted, as alleged that oil facilities in Delta State were used as collateral for the N150b loan, if this is correct, the move will be subjecting the entire Delta Ijaw and Itsekiri nations to perpetual indebtedness and financial bondage, despite the established fact that both ethnic nationalities have not derived any significant benefit from the administration of Okowa in his over seven years of governance.

According to the statement, the facilities allegedly used as collateral include those operated by Chevron Nigeria Limited, NPDC, Shell, Exxol Mobile Agip, Pan Ocean, Seplat, Neconde, etc, covering Escravos oil facilities, Forcados oil facilities, and others located mainly in Ijaw and Itsekiri areas of the State.

Comrade Sheriff Mulade recalled that the Delta State House of Assembly, in May 2022, approved a request from Governor Okowa to borrow the sum of N150 billion in favour of the State Government, with Dr. Okowa claiming that the loan was principally meant to settle the arrears of unpaid job certificates earned by contractors with respect to the completion of some ongoing legacy projects awarded by past and present administrations, and that part of the loan would be used to take care of outstanding pension commitments to the State and Local Government pensions in the contributory pension scheme.

Chief Mulade also recalled that earlier in February 2022, the Delta State House of Assembly approved Gov. Ifeanyi Okowa’s request for N12 billion bridging finance facility from the Central Bank of Nigeria (CBN) for the State, to cushion the effects of the repayment of Federal Govt’s intervention facilities, on the expiration of the forbearance period.

The statement added that in December 2021, the Delta State House of Assembly approved another request by Gov. Ifeanyi Okowa for a N20 billion loan facility from Fidelity Bank Plc to finance the State Government’s five per cent equity in the UTM Offshore Limited Floating Liquified Natural Gas (FLNG) Project.

Chief Mulade alleged that the loans above, borrowed by the State Governor, and other funds accruing to the State from the 13% derivation fund, as well as the State IGR, were recklessly mismanaged by the state government while Deltans are wallowing in abject poverty and suffering, with no meaningful infrastructural and civil benefits to the people, especially in the Ijaw and Itsekiri ethnic nationalities areas of the State.

Lamenting further, the development advocate said despite the contributions of the Itsekiri and Ijaw communities to the State revenue, no project worth of 5billion naira was executed in the area to give credence to the Okowa legacy project, rather the roads master administrator will gladly for political reasons refer to concrete walkways in the riverine communities as ROADS that are not linked to any community. To me, it worrisome and a big shame on Governor Ifeanyi Okowa and his roads master administration.

Commenting further on the poor state of infrastructural, social and economic development of the riverine areas of the State, Chief Mulade said there are no access roads and bridges connecting the various communities in the riverine areas, as construction works in the areas were deliberately abandoned by Governor Okowa, including the most famous Escravors road known as the Amadino-Okerenkoko-Pepe-Ama and Kokodiagbene road project, Burutu and Ayakoromor bridge projects which have great economic values and should have contributed to the regions development; there are no health centres, schools and clean portable water, while the level of human capital development is low, as the people are still wallowing in abject poverty.

Chief Mulade, therefore, called on Governor Okowa to focus on the development of the State, and use the borrowed funds to develop the State, especially the riverine areas whose over 80% of its assets are being used as collateral for the N150b and the recent 25billion loan, now that he has emerged the PDP Vice Presidential candidate, to win the heart, trust and confident of Deltans before Nigerians in general.