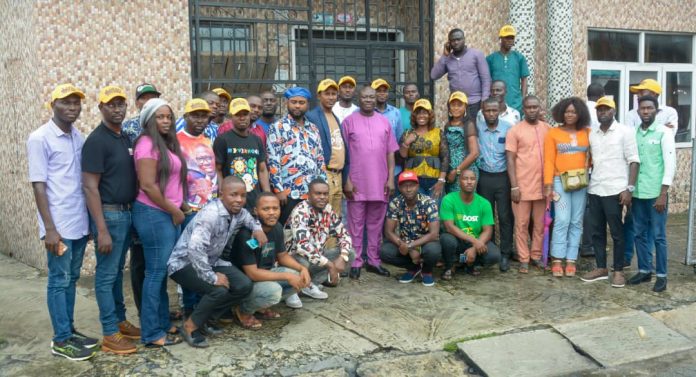 The commissioner made the statement when members of the MFDYP steering committee led by Comr. Sheriff OborevworiJnr met with him at his private office at Ekpan, Uvwie local government area of Delta state.

He thanks Dr. Paul for his warmth reception and use the opportunity to inform him on the tentative date of the inauguration of the body and, seek support for the success of the group.

Dr. Bebenimibo while responding, thanked the group for finding him worthy to be a sponsor for Warri South West. He said, “I will support the project wholeheartedly. My support will come in finance, spiritual and otherwise”.

Paul charged the group to go into all areas of the state including creeks to ensure that youths get their Permanent Voters Card (PVC) by taking advantage of the extended continuous voters registration by INEC.

“With the clamor from youths across the nation to get registered by INEC, shows that the youths are ready to reshape the nation. This group should ensure that no youth is disenfranchise from this process”.

He went further to say that, “I am glad the group is an indigenous forum that won’t disintegrate after 2023 election. I want to encourage your team to ensure that good governance is delivered to the people of Delta state and the Nation at large. I want your group to consolidate on the good works of His Excellency, Sen. Dr. Ifeanyi Author Okowa who happens to be the vice presidential candidate of our great party, the Peoples Democratic Party PDP. Please ensure to use this platform to galvanize support for all PDP’s candidates across board especially that of the Delta State gubernatorial candidate Rt. Hon. Sheriff Oborevwori and, Atiku/Okowa’s presidential candidacy”.

The coordinator Sapele LGA of MFDYP Comr Jamani Tommy thank the commissioner for his decision to stand firm by the group.