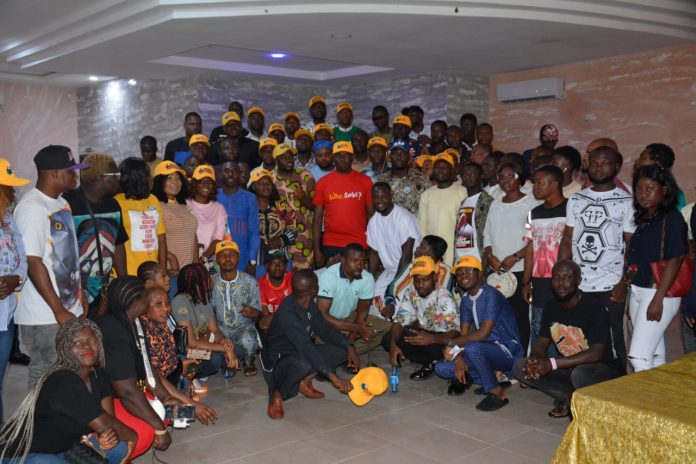 The Executive Chairman of Oshimili North Local Government of Delta State Hon. Innocent Esewezie has called on a pan Delta political youth pressure group M.O.R.E for Delta youth projects to take the Rt Hon. Sheriff Oborevwori 2023 project to the nooks and crannies of the state as part of effort in solidifying landslide victory for the PDP in the 2023 general elections.

Esewezie who made this known while addressing leadership of the group at Ibusa, economic nerve centre of the council, disclosed that elections are only won at the polling units, which he said the group must work from the units and grassroot levels.

Oborevwori, remain the longest serving speaker in the history of the state house of assembly since creation of the state 1991 with legislative experience he added.

“The choice of Oborevwori as PDP guber standard bearer reflects the desire of all and Deltans darling. He represents equity and fairness. He is a man of grace with his street credibility identity.

Unarguably, he is going to represent the party on the ballot but alot need to be done to guarantee the party’s landslide victory.

This however demonstrated that we must return to the grassroots to begin the political envagelism for the party to will all the elective positions overwhelming Esewezie added.

Esewezie further charged the group to educate eligible voters to take advantage of the ongoing continuous voters card registration to get their permanent voter cards to enable them actively participate in the elections and enthrone the PDP government from federal to state level.

“As a group you must take the message of the PVC registration and collection to every unit in Delta state on the need for Deltans to get their PVCs because every vote must count.

Earlier, the group Deputy Director General Operations, Amb. Ogagaoghene Yole who spoke on behalf of the Director General Comrade Fred Oborevwori abreast the council boss of the group aims and objectives even as he read out their achievements and plans ahead of the general elections.

“You are a youth and we consider it apt to pay you this courtesy visit. We are here basically to intimate you about the inauguration of the group coming up tentatively on the 14th of July, 2022 in Asaba, the state capital.

The group is pan Delta with like minds across the 25 local government areas in the state. We are expected to storm the venue in solidarity for our principal, Rt Hon Sheriff Oborevwori haven tagged it ” THE YELLOW CAP REVOLUTION”. #Austinazu