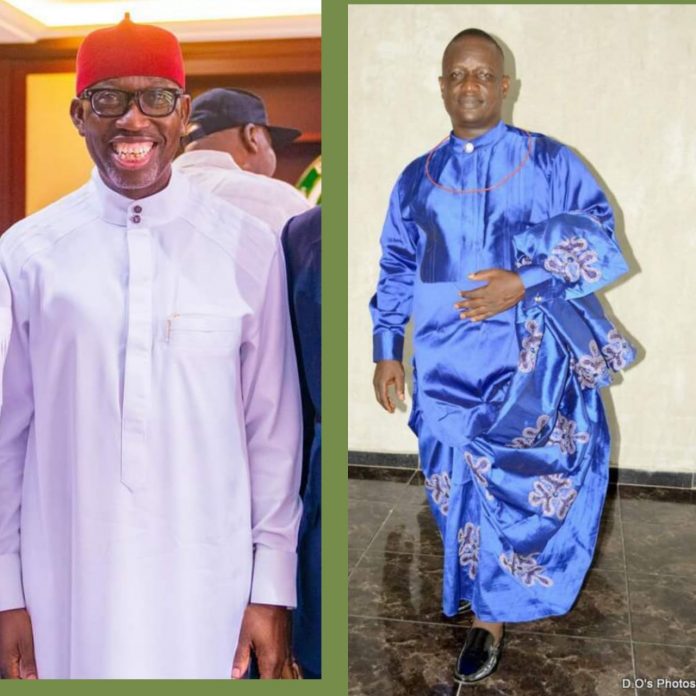 A former member of the Delta State House of Assembly, Hon (Chief) Daniel Yingi has felicitated with the governor of the state, Senator (Dr) Ifeanyi Arthur Okowa on his 63RD birthday anniversary.

Hon Yingi while reacting to the birthday celebration, described Okowa as a quintessential leader and role model who had inspired many within and outside his generation to greatness.

Hon Yingi who is the immediate Special Adviser to the governor on Environment and Marine Transportation, stated that having worked closely with the celebrant, he can attest that his choice as the running mate to PDP Presidential candidate, Atiku Abubarkar was well merited.

He explained that Dr Okowa has always been a trailblazer in the affairs of people, saying that he is being celebrated across the globe for his services to God and humanity.

The former Lawmaker stressed that the 63RD birthday anniversary is unique as it will be the last to be celebrated as Governor, as he would be marking his 64 birthday as Vice President of Federal Republic of Nigeria by the divine grace of God.

Hon Yingi congratulated the governor for the birth anniversary and prayed God to grant him many fruitful years ahead.

“I wish to on behalf of my family, congratulate my dear boss, a leader of inestimable values, a trailblazer, and servant of God, His Excellency, Senator Dr Ifeanyi Arthur Okowa on his 63RD birthday anniversary.

“My Governor, your diligence, hard-work, commitment to excellence, simple approach to life and service to God and humanity has brought you thus far. As you celebrate today, my prayers is more God’s grace and mercies upon your life. We look forward to celebrating you next year in Abuja as Vice President of our dear nation, Nigeria. A very warm congratulations sir”, Yingi stated.