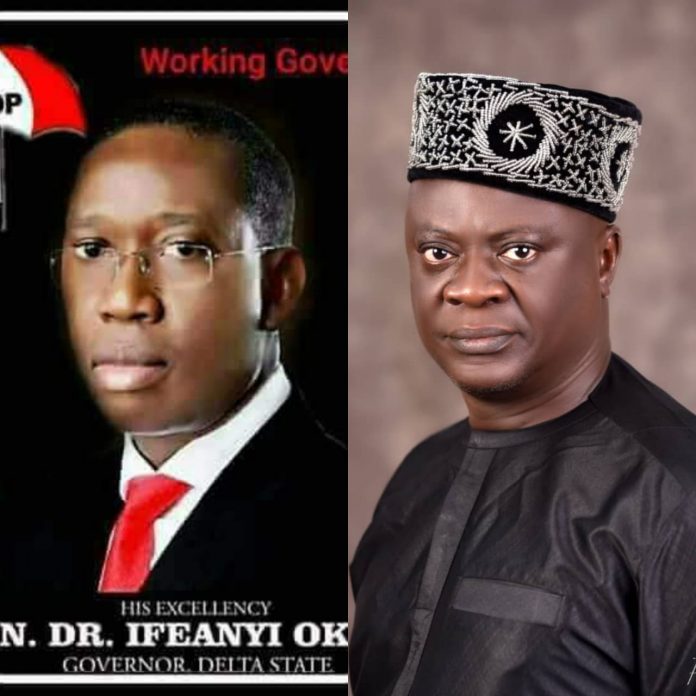 Hon Onwo in his congratulatory message to Dr Okowa on his 63rd birthday anniversary which came up today, 8 August 2022, said “by this time next year the Governor will be marking his birthday not as Governor but as Vice President”.

The Majority Leader who represents IsokoSouth 2 Constituency and doubles as the House Committee Chairman on Information, stated that Atiku-Okowa joint ticket is divine, and that God’s own project can never fail.

He said victory is sure as Nigerians are so much interested in the future of the country and had keyed into the rescue mission of the People’s Democratic Party, PDP.

Hon Onwo congratulated Dr Okowa for his 63rd birthday anniversary, saying that by divine providence, the Governor is doing extremely well in all aspects of life.

Onwo prayed God to grant Dr Okowa good health, wisdom of Solomon and capacity to finish strong as Governor of Delta State and elevate him to the position of Vice President in the nation’s presidency.

“I want to sincerely on behalf of the good people of Isoko South 2 constituency, heartily congratulate our dear Governor, His Excellency, Senator Dr Ifeanyi Arthur Okowa on his birthday anniversary. Today he is celebrating his 63rd birthday as Governor. It is our prayer that he will be celebrating his 64th birthday next year as Vice President.

“We also pray for his good health and divine grace as he strive to bring in more development to the state. We pray for God’s protections and divine mercies as we join millions of well wishers to celebrate him on his birthday” Onwo stated.

The Majority Leader assured the Governor of sustained support by the Isoko nation.