Home News Ogbimi Eulogizes Okowa At 63, Says He Is A Gift To Humanity 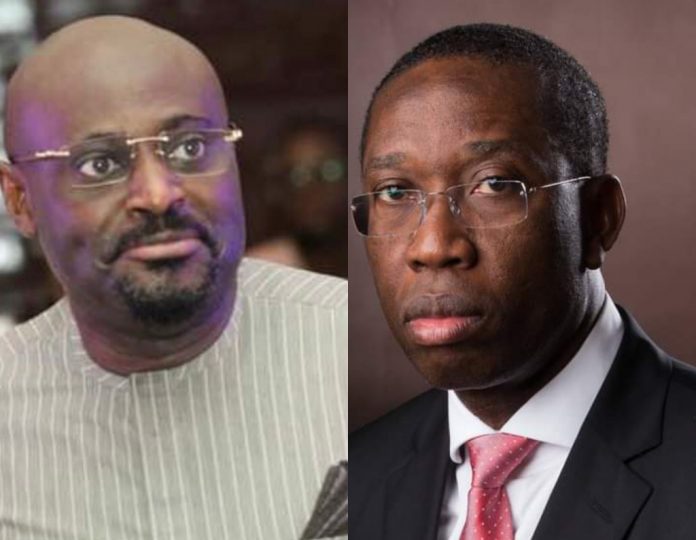 Hon Ogbimi who is the Chairman, Assembly Committee on Housing and Women Affairs Development, described Dr Okowa as a leader of great repute, stressing that there were so much to celebrate in his honour.

The Lawmaker explained that Dr Okowa’s pedigree shown a man so loved by God, pointing out that despite the challenges, the governor had continued to excel in every sphere of human’s endeavour, including academics, politics and private life, as a result of God’s grace upon him.

Ogbimi who also described Okowa as a gift to humanity, expressed gratitude to God for laying such a good foundation for his son to becoming what he is today.

“At 63, there is so much to say about H.E. Senator Dr Ifeanyi Okowa. God has been very kind to him and he has used the grace upon him to impact greatly on others. He has a blessed family, healthy and comfortable. Former Commissioner, former SSG, former Senator. He is today a governor and Vice Presidential candidate. These are all gifts from above”, Ogbimi emphasized.

The Isoko North Legislator stated that the Governor’s diligence to duty, hard work, honesty, humility, sincerity of purpose and service to God and humanity, will always open new doors for him.

Hon Ogbimi prayed God to grant the governor good health, long life and happiness in the years ahead.

“I want to on behalf of my constituents congratulate my Governor on the 63rd birthday anniversary. I celebrate him with all my heart and wish him many happy returns”, he stated.