Home News Uviejitobor Felicitates With Okowa At 63, Describes The Governor As A Special... 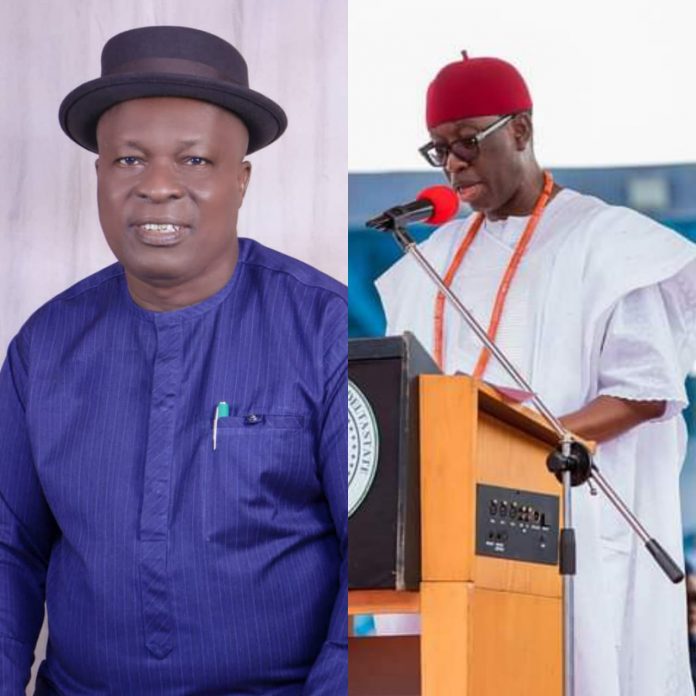 Hon Uviejitobor in a statement on behalf of himself, family and constituents, described Dr Okowa as a special breed and blessing to many generations.

The Lawmaker who is the Chairman, Assembly Committee on Water Resources Development, stated that the governor is being celebrated even beyond Delta State as a result of his good works and positive impacts on the society.

“His Excellency Senator (Dr) Ifeanyi Okowa is a blessing to humanity. He is a man with large heart and master in the game of politics. He is such a special breed. His legacy as Governor will out lived many generations. He is a man of wisdom, kind hearted and a true servant of God”, Uviejitobor said.

The Udu Lawmaker stressed further that as the Vice Presidential candidate of the Peoples Democratic Party, PDP, Dr Okowa has proved to be a worthy ambassador of Delta State, saying that his leadership styles and love for perfection were worthy of emulation.

Hon Uviejitobor expressed happiness over the level of supports for the governor, saying such commitment would continue to grow as Okowa has proven to be a great manager of people and resources.

The Lawmaker said at 63, God has been so kind to the governor and his household, stressing that as a human, challenges will come, but God has always been there to neutralize the evil plans of the wicked.

Uviejitobor on behalf of his family and constituents, congratulated the governor on the birthday anniversary and prayed for more of God’s grace and blessings upon his life.

“I want to once again on behalf of my people congratulate our amiable governor, His Excellency Senator Dr Ifeanyi Arthur Okowa on his 63rd birthday anniversary. We celebrate him with much love and pray for sustained divine grace upon him”, Uviejitobor stated.