Home Opinion AS 2023 ELECTION BECKONS, NATURAL JUSTICE, EQUITY AND GOOD CONSCIENCE SHOULD BE... 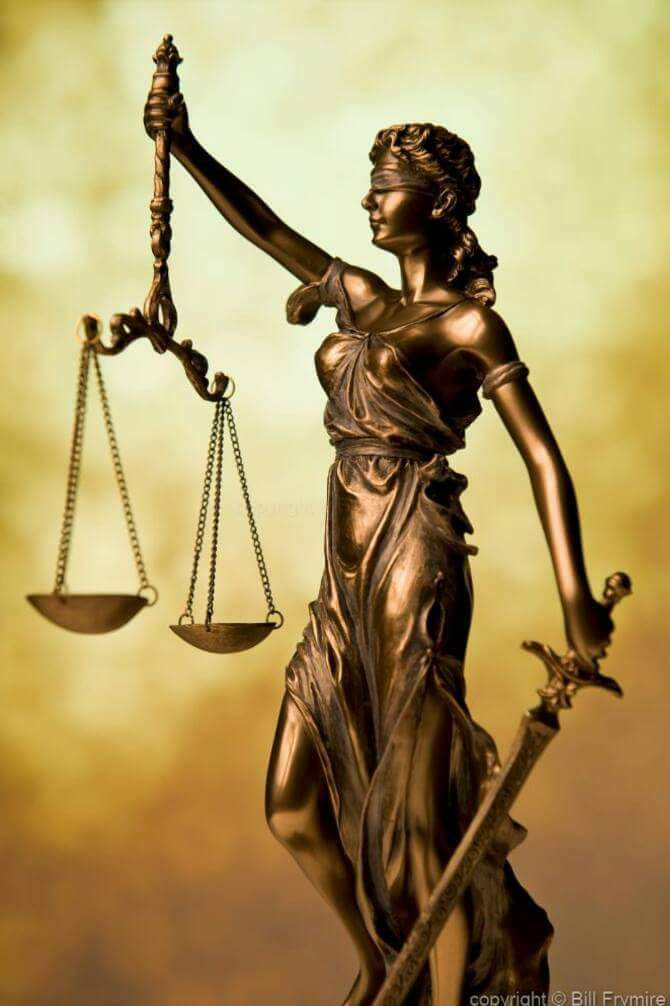 As boys growing up in my community, there was a primary school field in our neighborhood which was more or less our second home. That is, during leisure, it is either we were at home playing indoor games or we were at the field playing Soccer.

In the course of playing football, there were some of my friends whose second names were synonymous with mischief! Instead of them being in the deep of the field to hustle for the ball and score legitimate goals, they would rather hang around the goal post, not minding the football rule of off side, with the intention of scoring lazy and undeserved goals.

Most politicians of today could be likened to such mischievous friends of mine who were not ready to work hard and score deserved goals but preferred to cut corners. When some crooked politicians see the unfriendliness of the masses towards them, rather than do what will endear them to the masses, they start looking for how to circumvent the wishes of the people. In other words, rather than campaign in the political field, you see them moving from Court Registries to INEC offices to birth Registries to one Political godfather or another with the sole aim of looking for soft spots of their opponents to exploit and/ or engaging in underhand dealings!

Unfortunately, some Courts in Nigeria are readily available to do the biddings of these money-wielding political litigants or even rubber stamp the odious and ignominious mischief of these unpopular politicians, thereby depriving the majority of their chosen Candidate.

Because of what Nigerians refer to as “paddy paddy” relationship, undue litigation is given to matters which should ordinarily be considered in line with the voice of the people. In most cases, this is brazenly done without taking into consideration the semi-literacy of our society in area of names arrangements and matters connected thereto.

As a practising lawyer of almost two decades, I have seen many people fall into the temptation of arrangement of their names. For instance, not many of them know that the name; Ujiro Jude Ote and Jude Ujiro Ote are two different names in law, though belongs to same person in the judgement of non lawyers. Also, it is very common that when a child is born, different names are given to the child by members of his family and family friends. As the child grows up, there is always a particular name that is commonly used by people in the society where the child lives, and in most cases, it is the commonly called name that the child uses in his elementary school.

It is also a notorious fact that in most cases, as the child grows up, he begins to fancy the other names which may not be well known names to the public and might decide to add the other unpopular names to the name already in use, mostly at the secondary or tertiary school level. This is a common thing in our society of today. It is therefore preposterous for anyone to suggest that the addition of new names to existing name invalidates certificates and documents previously acquired by the person concerned!

While I concede to the fact that pronouncements of Courts are rooted in law and should be respected, they are conversely rejected or objected to in the event of perceived lapses or perversion of justice to ones detriment. I posit that every law must be in tune with natural justice, equity and good conscience. Law must be in tune with what the society see as best for them at every given time, provided it is not immoral and evil or repugnant to natural justice, equity and good conscience.

Recently, there was a judgement given wherein issue of names in Candidate’s certificate/documents were called to question! The person whose names were questioned posited that the names were his, and there was no evidence of anyone laying claim to those names and/ or certificate/documents containing those names as false and obtained dubiously. But the Court in its wisdom described the names/certificates as dubious or forged! While I will not question the Court’s reasoning because questioning the judgement of a Court can only be done at the appellate Courts, I dare to say that the judgement as seen by majority of Nigerians, particularly Deltans is that it is a legal drawback and a circumvention of the will of the majority of Delta PDP Delegates and Party faithfuls.

Regrettably, in Nigeria of today, those who know you very well and are in a position to help will keep quiet because they are of different Political leaning or do not want their names mentioned in the public domain! From available records/facts, the present member of House of Representatives, Rev. Francis Ejiroghene Waive was a secondary school mate of Rt. Hon. Sheriff Francis Oborevwori, the present Speaker of Delta State House of Assembly and the Gubernatorial Candidate of PDP in Delta State. Also, Barr. Oghenejabor Ikimi, a renowned human and social right activist based in Ovwian near Warri was also a school mate of Oborevwori at Aladja Grammar School, Aladja. Though, Barr. Ikimi had on different occasions mentioned that Oborevwori is known to him and his school mates by the names being contested by some unpopular politicians in Court. Despite this information in the public domain, all manners of political shenanigans are still being used to distract Rt. Hon. Sheriff Francis Oborevwori and/ or weaken the the hard earned unity of PDP in our dear Delta State!

Without mincing words, I state that the recent pronouncement from the Court will no doubt be a catalyst for more barrage of excuses of misplacement of primary and secondary Schools certificates/documents by the political class. Naturally, the reason being that nobody wants to be dragged around by unscrupulous/unpopular politicians who cannot win elections but want to occupy elective political positions at all costs.

Meanwhile, it is my position that Courts in Nigeria should be circumspect in giving their judgements. Today, the Judiciary is seen by an average Nigerian as part of the problems of this Nation, Nigeria. The leadership of the Bar/Bench should save it’s face or soiled image and do something quick that will avoid further dragging the judiciary’s name to the mud. Let the Court be seen as the last hope of the common man and not that of unpopular/crooked politicians. From the mood of the majority of Nigerians, they are not ready to tolerate anything that would suggest the circumvention of their collective will.

The Time to act without fear is now. Omission to do the right thing at this point in time is a time bomb waiting to explode and it is the larger society that gets to suffer the the brunt.

Let all act in good faith.