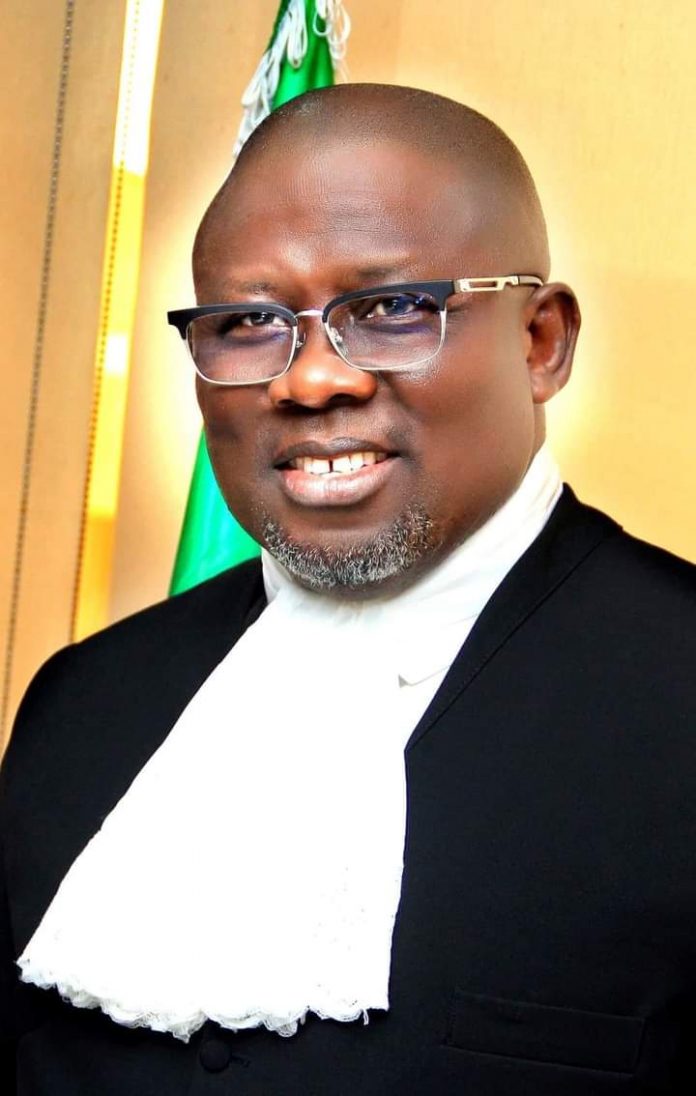 A chieftain of the Peoples Democratic Party, PDP, and Chairman, Coalition for Media Politics and Governance, CMPG, Olorogun Dr Fred Latimore Oghenesivbe, has urged the leadership of the PDP, to subject the National Youth Service Corp, NYSC, Certificate purportedly issued to a former governorship aspirant of the party, Olorogun David Edevbie, to forensic investigation.

The party chieftain made the call while speaking to newsmen on Tuesday 12th July, saying that it has been alleged that Edevbie’s NYSC Certificate has serious issues which ought to constitute a barrier prior to his crashed 2015 and 2023 governorship ambitions.

Oghenesivbe while responding to a question on the recent Notice of Appeal filed by the governorship candidate of PDP in Delta State, Rt Hon Sheriff Francis Oborevwori, said the judiciary remains the last hope of the oppressed and the common man, hence the need for the party’s governorship candidate in the state, Oborevwori to take advantage of the opportunities available under the rule of law to seek redress at the Appellate Court

On whether the PDP leadership resolved to field the former aspirant, David Edevbie, based on the recent judgment by a Federal High Court sitting in Abuja, Oghenesivbe who is also a minister in the temple of justice, noted that it is the law that the Independent National Electoral Commission, INEC, must first publish the names of candidates declared as winners at the party primaries, and on the strength of that any aspirant can then proceed to INEC to obtain certificates submitted to it for verification and litigation, if the need arises.

He however noted that in Edevbie v Oborevwori & ors, the Plaintiff was faster than his legs and decided to jump the guns with a view to crucifying justice and it led to grave miscarriage of justice, adding that the legal lacunas created by the said judgment can only be cured by the Courts above, hence candidate Oborevwori promptly filed Notice of Appeal, among others.

Oghenesivbe further asserted that Edevbie’s only unscrupulous hope was to create legal technicalities in Oborevwori’s genuine academic certificates, adding that such mischievous and fruitless efforts cannot and will never translate to victory for him in the instant case.

“I call on the leadership of our great party, PDP, to as a matter of urgency and necessity subject David Edevbie’s NYSC discharge certificate to forensic investigation due to serious allegations suggestive of fake Certificate or not having NYSC Certificate at all.

“This call has become necessary because of the foreseeable cabalism and conspiracy theory crafted to force Edevbie on the party through the back door, whereas all is not well with him.

“Those concerned should verify Edevbie’s NYSC Certificate at the Headquarters of NYSC to confirm whether or not the discharge Certificate purportedly issued to him is fake or genuine.

“It is the law that those who come to equity must come with clean hands.

“The former governorship aspirant, David Edevbie, who is obviously desperate for power ought to know that our amiable party’s candidate, Oborevwori, submitted his academic credentials to INEC and not to Edevbie Campaign Organisation, which is why INEC must first publish the names of candidate who won the governorship primary in Delta PDP, before litigations by those with locus standi.

“Our candidate has appealed against the Federal High Court Judgment over perceived gross miscarriage of justice and we are pretty sure that the Courts above will do justice to the Appeal.

“Candidate/Appellant Oborevwori is pretty sure that his Appeal will succeed, and the rumours making the rounds that the party leadership has resolved to field former aspirant David Edevbie, should be ignored and discarded.

“The FHC Judgment of Honourable Justice Taiwo Taiwo shall be quashed by the Courts above for obvious legal lacunas created and which gave birth to gross miscarriage of Justice,” Oghenesivbe said.