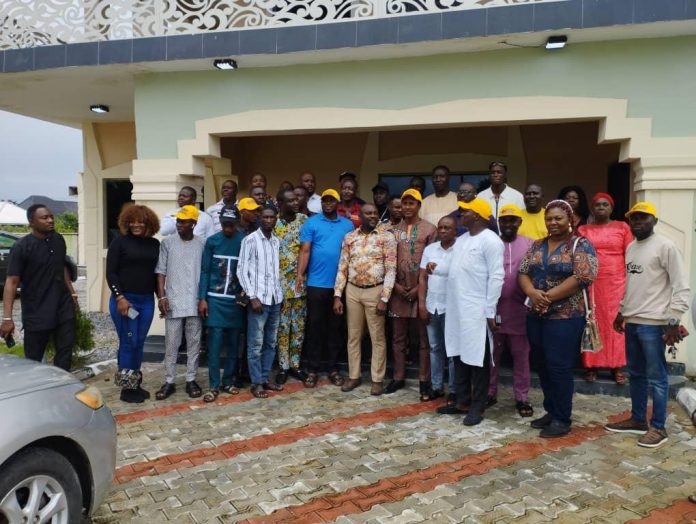 Milkie made this call when members of the MFDYP steering committee led by Mr Sheriff Oborevwori Jnr met with him at his country home in Koko, Warri North local government area of Delta state.

The director general who was ably represented by the Cordinator of Ethiope West local government area Comrade Rukky Samuel Cfr spoke on behalf of the group, thank Hon Solomon for his open door policy and his leadership style of empowering his people through his Ebiren Oyibo Foundation. Rukky use the opportunity to inform the vice chairman of July 14th, 2022, One thousand solidarity march for Sheriff Oberovwori in asaba.

Solomon thank the group for finding him worthy to be a Patron for Warri North. He said, “I support this project with body and soul because am a core youth who believe in oneness”

The coordinator Sapele LGA of MFDYP Comr Jamani Tommy thank the vice chairman for his decision to stand firm by the group.