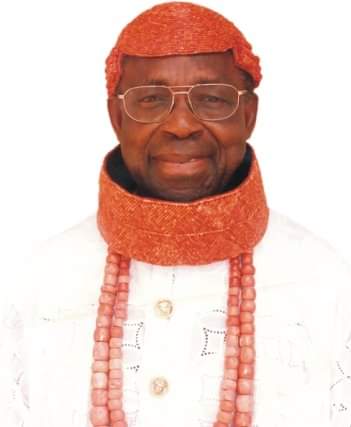 The Speaker of Delta State House of Assembly and State People’s Democratic Party (PDP) gubernatorial candidate for the 2023 general elections, Rt Hon Sheriff Oborevwori has joined sons and daughters of Asaba in celebrating His Royal Majesty, Prof. Chike Edozien, the Asagba of Asaba on his 98th birthday.

The Speaker who is also the National Deputy Chairman of the Conference of Speakers of State Legislatures of Nigeria noted that the Asagba had contributed immeasurably to the development of the capital city and making it hospitable for all Nigerians.

In a Press Statement by his Chief Press Secretary, Mr Dennis Otu, the Speaker also affirmed the Asagba’s untiring efforts in his wise counsel to successive administrations in moving Delta State to greater heights.

He specifically saluted the highly revered monarch and his colleagues for keying into the Governor Okowa-led administration policies and programmes which has Finishing Strong as mantra.

He applauded the Asagba’s invaluable contributions to peace and unity across the nation, adding that his reign has brought robust development to Asaba the state capital.

While describing His Royal Majesty as an embodiment of peace, humility and selflessness, the Speaker prayed that the Almighty God will continue to grant the Asagba divine wisdom and sound health in his service to humanity and God as he celebrates 98 years today.

He congratulated the Asagba on clocking 98 years and wished him longer life and many happy returns on this auspicious occasion.