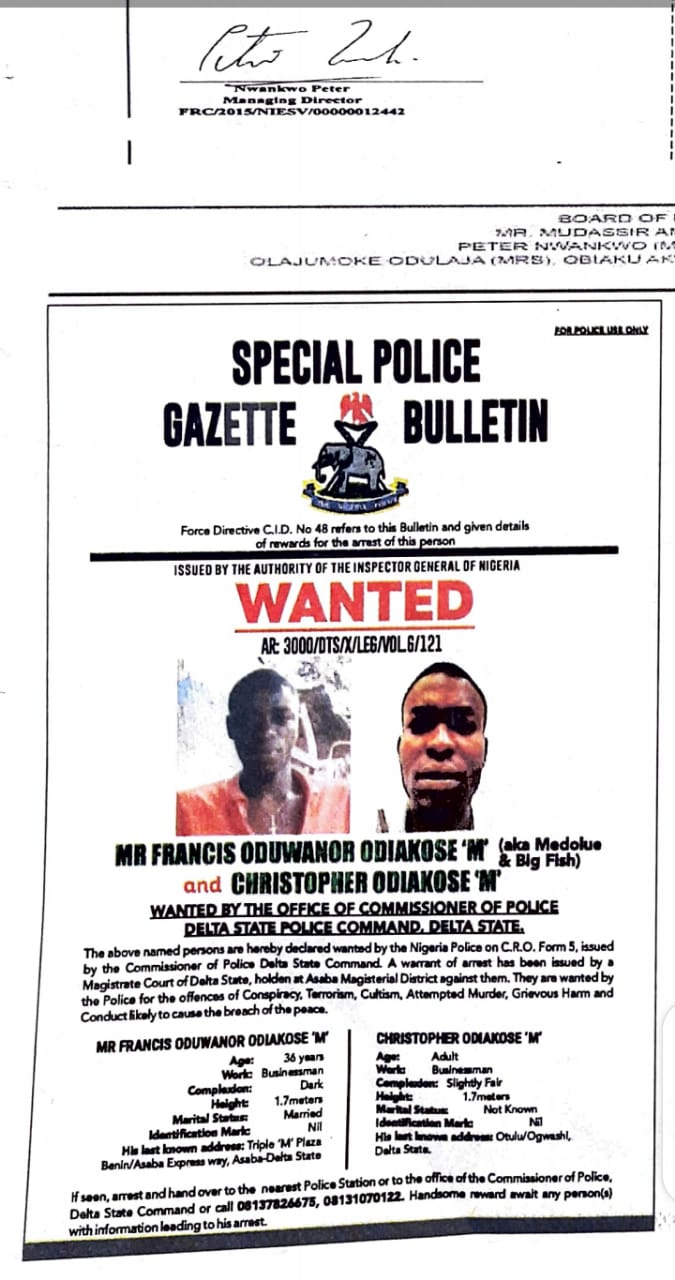 The police image maker said they are wanted by the Police for offenses of conspiracy, terrorism, cultism, attempted murder, grievous harm and conduct likely to cause breach of the peace.

The statement added that if seen, members of the public are enjoined to please arrest and hand over to the nearest Police Station or to the office of the Commissioner of Police Delta State or call any of the following numbers
08137826675 or 08131070122.

PPRO further revealed that handsome reward await any person(s) with information leading to their arrest.