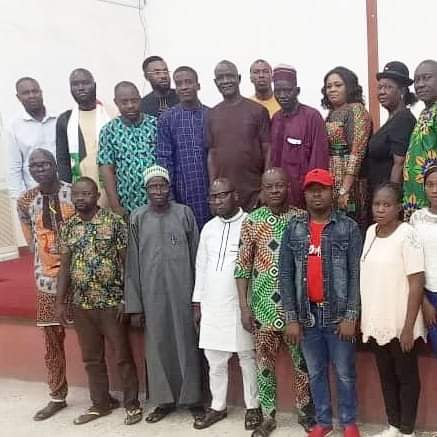 Executive Assistant to Delta State Governor on Communications, Dr Barr Fred Latimore Oghenesivbe, has said that the Presidential candidate of the Peoples Democratic Party, PDP, Alhaji Atiku Abubakar and his running mate, Senator Dr. ifeanyi Arthur Okowa, has the capacity and wealth of experience to unite Nigerians and rebuild the nation.

He made the assertion while receiving on courtesy visit some members and executives of a political pressure group, Atiku-Okowa Diehard Group in his office at the Government House in ASABA, on Tuesday.

Oghenesivbe further asserted that the nation has been mortgaged through insensitive and needless foreign loans which automatically enlisted Nigeria as a heavily indebted and bankrupt country.

He said the embarrassingly empty excess crude account attests to the gross mismanagement of the nation’s resources by the national government of the All Progressives Congress, APC, under President Mohammadu Buhari.

Okowa’s EAC disclosed that Atiku’s manifesto titled; “My Covenant With Nigerians,” clearly articulated the nation’s pathways to economic recovery, growth and sustainable development, adding that the duo shall tackle and bring lasting solutions to the acute problems crippling the education sector and mismanaged insecurity.

“Nigerians are looking up to PDP, Atiku and his able running mate to clean up the socioeconomic mess and the escalating insecurity wherein thousands of innocent Nigerians were killed across the country and counting.

“Atiku-Okowa is a super brand and a national rescue team which Nigerians have been yearning for. I urge your group to market our candidates; Atiku-Okowa and Oborevwori-Onyeme, because they are bonded politically to bring about the much needed massive development and socioeconomic transformation at both national and state levels,” Oghenesivbe said.

State Coordinator of Atiku-Okowa Diehard Group, Amb Ezimeruwe Gabbort who led the team, said their visit was to commend Oghenesivbe for his commitment and dedication in projecting the party’s interest and to inform him of the group’s desire to appoint him as Adviser to the group.

“We are aware of your commitments in projecting the Atiku-Okowa ticket. Exco decided to reach out to you to be part of our noble objectives and set out goals,” he said.