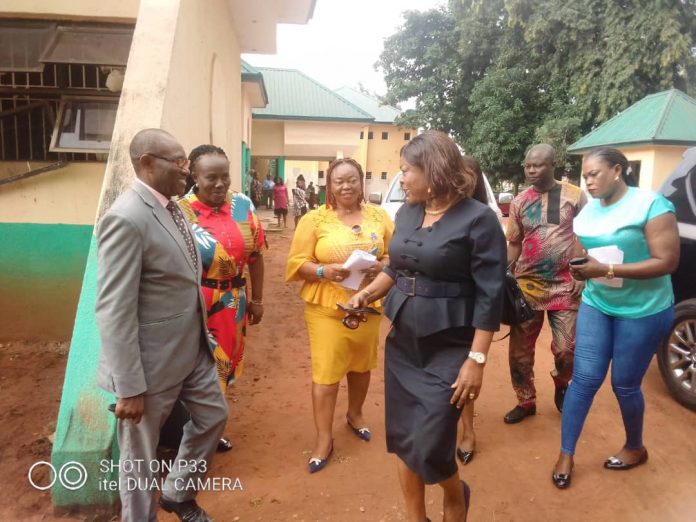 Delta State Commissioner for Secondary Education, Mrs. Rose Ezewu has admonished teachers in the State to shun all forms of nonchalant attitude towards teaching and discharge their duties with utmost commitments.

Mrs. Ezewu gave the advice in Asaba during the continuation of her monitoring of school resumption.

She described teachers as key partners in driving the education sector, adding that their contributions were needed at any given time towards improving the standard of education.

Mrs. Ezewu, who decried nonchalant attitude among some teachers and students nowadays, urged teachers to inculcate the right moral values on the students.

The Secondary Education Commissioner said that teachers had no other jobs than to teach the children effectively so as to impact on their lives .

While checking the timebooks to ascertain the number of teachers that were in school and those that were absent, Mrs. Ezewu noted that the approach was not intended to witch-hunt anybody but to see how serious the teachers were in discharging their duties.

The Commissioner, who used the opportunity to appreciate the giant strides of the Okowa administration in the education sector, stated that the only way the teachers could reciprocate the gesture was to put in their best at all times.

Some of the Principals including Mrs. Augusta Ogeah of Westend Mixed Secondary School, Dr. Obiajulu Eboka of Government Model Secondary School and Eze A. E of Unity Secondary School commended the commissioner for her systematic approach in piloting the affairs of the secondary arm of the Ministry effectively.

They assured the commissioner that their teachers were committed more than ever before in delivering their duties.