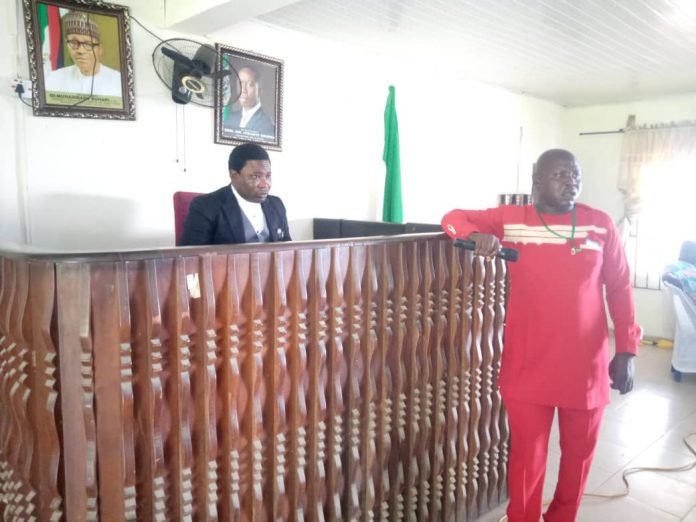 In a bid to save guard lives and properties of road users as well as to ensure safety and orderliness, the Ndokwa West Legislative Arm has enacted a bye-law to monitor and control irregularities of motorcycle riders, vehicle users and prohibition of other matters related.

The Bye-law which was sponsored by the Leader, Hon. Ndubuisi Okoloafor and the Principal Officers, seek among others to ensure that every riders or vehicle users maintained all road rules and regulations without constituting nuisance and to ensure that illegal parking is stop.

“The council shall set up a task force committee through the office of the chairman who will be accounting officer and to include; a retired security personnel, vigilante chairman and additional seven members. The council shall provide uniform, motorcycles, radio phones and identity cards for the members.

“The Committee shall have initial take-off grant by the LGA, The task force can also received donations, grants in aide from private organization, philanthropists, international donors as well as non governmental organizations. They shall also have power to collect fees and fines as stipulated by the Bye-law.”

According to the Bye-law, whenever there is a dispute amongst the parties, it shall first be referred to arbitration, mediation of conciliation before resorting to litigation at the magistrate, customary or revenue courts.

Consequently, any person, company or organization caught, or a person constituting nuisance in the market by blocking the roads and upon conviction be punished with imprisonment for a term of not less than two weeks or a fine as stipulated in the Bye-law.

The chairman of the committee in consultation with the Chairman of the council shall have power to make regulations for carrying into effect the provisions of the Bye-law.

Speaking during the commencement of a three day public hearing at the legislative Chamber, the House Leader, Hon. Ndubuisi Okoloafor noted that it is imperative that motorcycle and vehicle riders as well as other road users maintained decorum on the roads.

He explained that the public hearing of the bill became necessary to collate the imputes of the public so as to have all inclusive and people oriented Bye-law even as he frowned at traders and business owners who are in the harbit of obstructing the roads with their goods or parking indiscriminately thereby causing nuisance on the roads.

“Let me thank everyone of you for honouring our invitation without you this event will not be a success. Let me assured you that immediately the Chairman assent to this Bill, there will be action on this Bye-law because a situation where people abuse roads at will cannot continue unchecked. As Councillors, we are here to make laws for the good of our people.” He maintained.

Meanwhile, the Councillors has passed a vote of confidence on the Leader of the House and the Principal Officers.

Leading the debate on the confidence vote, Hon. Theophilus Opia, Councillor Ward 2, noted that the House Leader has shown leadership in discharge of his responsibilities noting also that through his leadership qualities, the house has enacted two Bye-laws within a space of two months.

He said it was unprecedented in the history of the LGA even as he thanked the Principal Officers and the 7 assembly for the steadfastness in the discharge of their constructional duties.

The motion of vote of confidence was seconded by Hon. Henry Onwugbolu, Councillor Ward 12, and it was unananimously adopted by the House.