Rt Hon Oborevwori made the call when he played host to the Speaker and Principal Officers of House of Representatives Students Union Government, University of Nigeria, Nsukka, UNN who were at the State Assembly to observe the plenary of the House.

The Speaker, represented by Deputy Speaker, Ochor Christopher Ochor, said students must be meaningfully engaged at all times I order to achieve the set goals of being in schools. 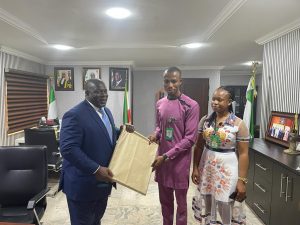 Flanked by the Majority Leader, Ferguson Onwo and Chief Whip, Pat Ajudua, the Speaker maintained that there was the need for enhanced teaching and learning in nation’s academic institutions.

He commended the UNN students for the choice of Delta State House of Assembly for a study tour to enhance their legislative prowess as members of the legislature in the Students Union Government, SUG. 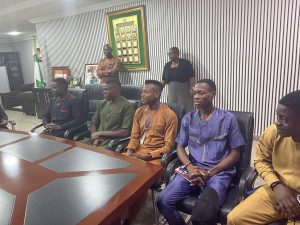 Oborevwori said Delta Assembly prides itself as the most vibrant State Assembly in Nigeria as a result of quality attention to issues before it, including debates on bills and motions as well as oversights of government ministries, agencies and departments, MDAs.

The Speaker, House of Representatives Students Union Government, University of Nigeria, Nsukka, Osita Arigo, said the choice of the Delta State Assembly for the study tour was informed by its vibrancy on core mandates. 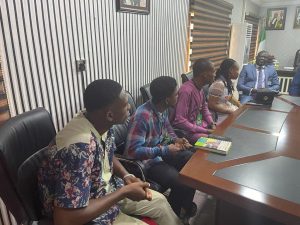 Arigo thanked the Speaker and management of the Assembly for approving the request for them to observe the plenary of the House, stressing that they had learnt so much from the visit.

A souvenir was presented to the Speaker by the UNN students to mark the visit to Delta State Assembly.