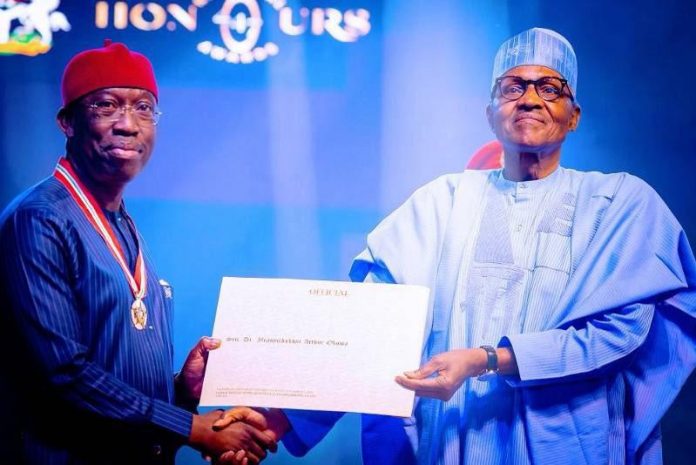 An erstwhile two term member of the State House of Assembly, Chief Daniel Yingi has felicitated with the Delta State Governor, Dr Ifeanyi Okowa on his investiture as a Commander of the Order of the Niger, CON, by the Federal Government.

Chief Yingi in a statement made available to newsmen in Abuja, described the CON conferment on Governor Okowa as long expected and commended President Mohammed Buhari for the recognition, award and subsequent decoration. 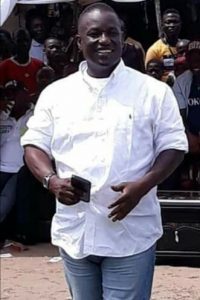 Yingi who is the immediate past Special Adviser on Environment and Marine Transportation to the Governor, said the honour was well deserved, as Dr Okowa has been a leading light in several aspects of human endeavour.

The former Lawmaker explained that the Governor who is the Vice Presidential candidate of the People’s Democratic Party, PDP in the 2023 general elections, is a nationalist and worthy ambassador of Delta State.

He stressed that the award would not have come at more better time than now and commended the Governor for always making the proud.

“I want to on behalf of my family and millions of well wishers congratulate H.E. Senator (Dr) Ifeanyi Arthur Okowa (CON). The conferment on him the CON award by the President was long over due, but thank God it came at this auspicious time of his life and the political life of Nigeria.

“He is a noble personality, a pathfinder and a man of great repute who is worthy of national honour. I felicitate with him, his immediate family and the entire Delta State. As the Vice Presidential candidate of our great party, PDP, I wish him victory in the forthcoming elections. We have a lots more to celebrate and God willing, it shall all end in praise”, Yingi stated.

The former Lawmaker enjoined Deltans to sustain their prayers and support for the Governor and his leadership in Delta State as well as in the forthcoming elections.

Chief Yingi predicted greater growth, peace and development in Nigeria with PDP development at the center.