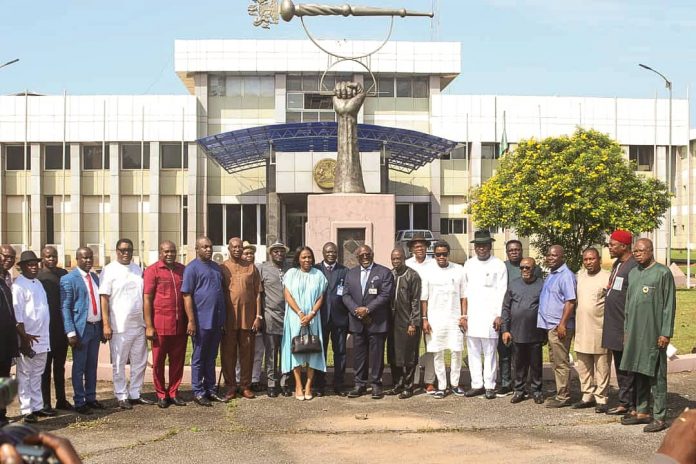 Speaker, Delta State House of Assembly, Rt Hon Sheriff Oborevwori, has enjoined party faithfuls across the State to close ranks and work for the victory of the Party’s candidates in the 2023 general elections.

Oborevwori who is PDP gubernatorial flag bearer for the election, stated this while playing host to some PDP elders, leaders and top political office holders from Isoko ethnic nationalities who visited him in his office at the State Assembly complex, Asaba.

The Speaker noted that it requires the collective efforts of members to win the forthcoming elections, saying that internal crisis in the Party has done enough harm and must not be allowed to continue. 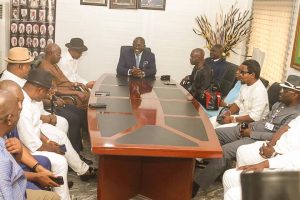 Stressing that it was the time for total reconciliation, Rt Hon Oborevwori appealed to any aggrieved member of the PDP to embrace peace as the Party needs a united front to face challenges ahead.

He described the last weekend’s Supreme Court verdict as victory for all PDP members in the State as there was no victor, nor vanquished, disclosing that he had reached out to Olorogun David Edevbie on the need to join forces with him to move the Party forward.

The Speaker said he would continue to a
take any opportunity to get Deltans to key into his MORE agenda, saying that the main thrust is to further raise the standard of lives and infrastructure in the State to an enviable height. 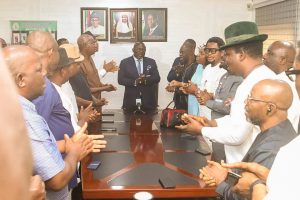 Oborevwori commended the Isoko nation for being strong allies in his governorship project, promising to run an all-inclusive government if elected as Governor of Delta State.

The Speaker also enjoined the PDP elders, leaders and supporters in Isoko nation to embrace peace, unity and love for one another and form a formidable force to achieve victories for the PDP from State Assembly elections to the Presidency.

Earlier, the leader of the delegation, Chief Iduh Amahde, said they were in the Speaker’s office to congratulate him on the Supreme Court victory and join others in celebrating God’s grace upon PDP and the people of Delta state.

While urging the Speaker to remain resolute, focused and to continue with the good work, Chief Amahde expressed the hope for much bigger celebration with him in the nearest future. 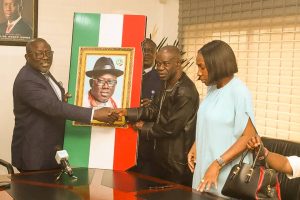 He assured Oborevwori of total support of Isoko nation in his governorship project.

The highlight of the visit was the presentation of a handmade card that contains congratulatory message and prayers to the Speaker.