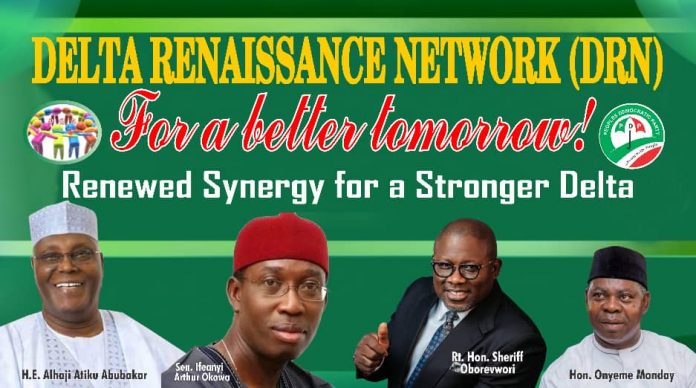 Delta Renaissance Network, DRN has felicitated with the Speaker of the Delta State House of Assembly, Sheriff Oborevwori over last weekend Supreme Court ruling that affirmed his candidacy as the PDP Gubernatorial flag bearer for the 2023 general elections.

A statement by the Chairman of the socio-political pressure group, Odio-Igho Amos Okoro, described the judgement as victory for democracy and rule of law and commended the nation’s apex court for leaving up to expectations.

The statement reads “On behalf of all members of Delta Renaissance Network across Delta State, I congratulate Rt. Hon. Sheriff Francis O. Oborevwori, the Honourable Speaker of Delta State House of Assembly, who is also the Deputy Chairman of Conference of Speakers of States’ Legislatures of Nigeria on his victory at the Supreme Court, Abuja affirming him as the bonafide PDP candidate for the 2023 general elections. 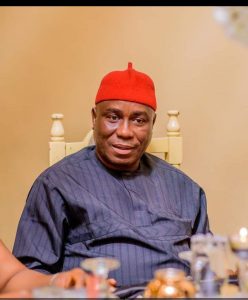 “This unprecedented legal battle of who becomes the Party’s gubernatorial flag bearer had unfortunately tampered with relationships that has taken so much of time and political energy to build because of ideological differences on the divide. 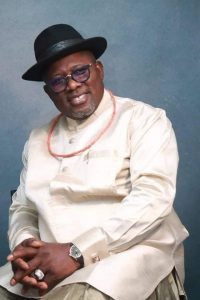 Continuing it said “As a political support group that is affiliated to the State’s campaign structure, it has always been our hope and prayers that the best candidate that is divinely appointed to enable our Party PDP decisively win the forthcoming elections, emerges.

“We therefore felicitate and rejoice with our Party’s gubernatorial flag bearer Rt. Hon. Sheriff Francis O. Oborevwori for the 2023 general elections as we shall continue to build on his undeniable wide grassroot popularity and acceptability across the State to ensure landslide victory at the polls in 2023.

“As Party faithfuls, we know and believe that PDP is one family and this victory must be seen, treated and carried as a victory for the Party and democracy. It is therefore our hope that as a recipe for greater responsibilities in governance and being the Party’s gubernatorial flag bearer in the forthcoming elections and by the grace of God the next governor of Delta State, the Speaker should put in place immediate purposeful and genuine reconciliatory machineries to unite the Party ahead of 2023 elections”’ the statement stressed.

Odio-Igho Amos Okoro on behalf of the group again congratulated Rt Hon. Sheriff Francis O. Oborevwori and wished him well in the task ahead.