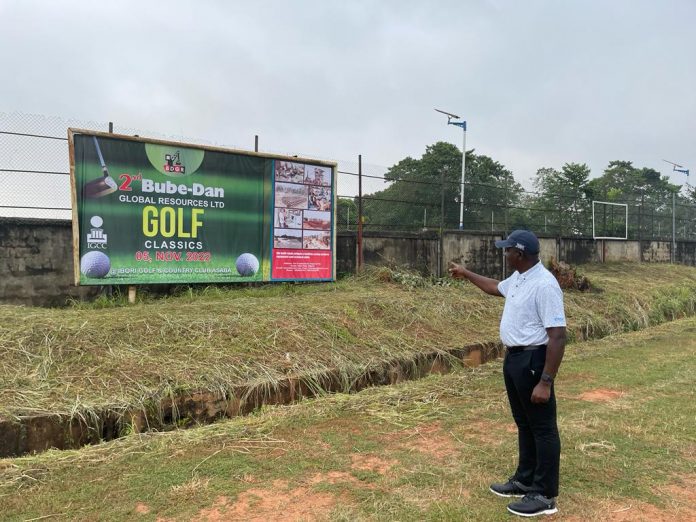 Ibori Golf and County Club, IGCC, Asaba, was a beehive of activities at the weekend as golfers across the country gathered for a classic tournament to mark the 25th years anniversary of Bube-Dan Global Resource limited.

Over one hundred and twenty golfers were admitted for the tournament which ceremonial ‘Tee off’ was taken by the State Governor, Dr Ifeanyi Okowa, represented by the Secretary to the State Government, SSG, Chief Patrick Ukah. 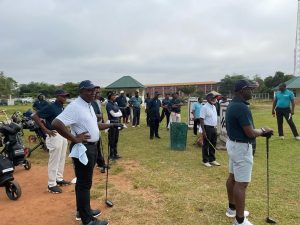 The Delta State Government at the event reiterated its commitment to investing in the sports sector as it remained a veritable tool for growing the economy and building bridges across all boards.

Over one hundred and twenty golfers were admitted for the tournament which ceremonial ‘Tee off’ was taken by the State Governor, Dr Ifeanyi Okowa, represented by the Secretary to the State Government, SSG, Chief Patrick Ukah. 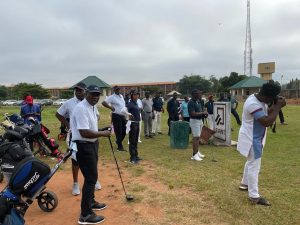 Governor Okowa said Sports had the tendency to bring joy to the people, stressing that Golf as a sport was a way of life while commending Mr. Ifeanyi Nkeki for creating an avenue to also discover young talents in the sports through the Caddies tournament which was also part of the Golf Classics that attracted so many golfers from within and outside the state. 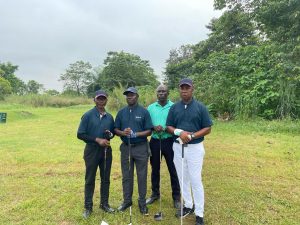 Mr Ifeanyi Nkeki said the Saturday’s event was the second edition of Bube-Dan Global Resource tournament, describing it as unique as it was organized to mark the 25 years into construction by the company with no negative records, despite high risk of working with heavy duty equipment and machines.

Mr Nkeki noted that it was gratifying to see golfers from Warri, Benin, Sapele, Lagos and Portharcourt clubs amongst others participating in the tournament.

He described golf as best game for mental and physical exercise, and pledged to continued to invest in the sector towards giving the youth a platform to express themselves and be discovered as well as getting the necessary exposure. 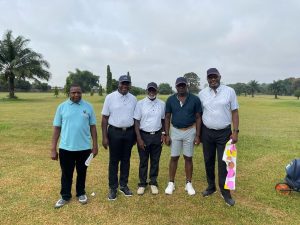 Mr. Nkeki, thanked the golfers for honouring him and promised to sustain the tournament which had become an annual event saying the next edition at the IGCC would be better as it was quickly becoming the main attraction for Golfers nationwide.

Captain of Ibori Golf and County Club, IGCC, Asaba, Larry Ossai and the Chief Economic Adviser to the Governor, Mr Kingsley Emu, said the turnout of golfers was evident on how the tournament is ranked, stressing that everybody look forward for Bube-Dan classic tournament as it is one of the biggest annual tournament in IGCC. 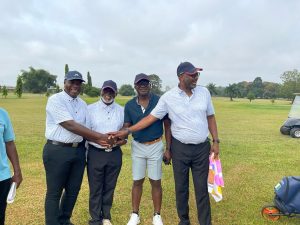 They commended the engineering firm for the quality of sponsorship, emphasizing the place of golf in human mental and physical development.

Some other golfers and guests who took part in the one day tournament, including Valentine Nwanekezi, Henry Oniawa, Alex Jeo and the State Commissioner for Finance, Fidelis Tilije, described the event as refreshing and a welcomed development as it had helped not only to keep them fit but also created a platform for the discovery of new talents especially with the Caddies Tournament.

They said Mr Nkeki had remained a true golfer whose dedication to the game had helped in the propagation of Golf in Delta State and beyond. 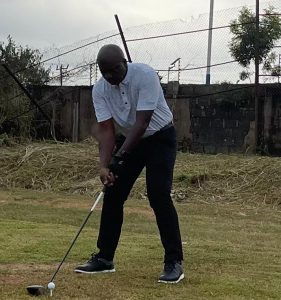 Meanwhile Alex Joe has emerged winner of the Tournament after hitting seventy six nett to clinch the top prize in the Men’s Category with second placed Alfred Ebreneyin beating Ishmael Khalil to third place on count back after driving in seventy seven Nett.

Graceili Ogeili claimed the Women prize after swinging in seventy two Nett to beat Rita Izoje and Igho Ugbegu to second and third place with Ubaka Attoh picking the Super Veterans title after driving in seventy one Nett and Meg Attoh collecting the Women’s Prize after rolling in seventy four Nett.

The highlight of the tournament were presentation of trophies and awards to winners as well as raffle draws.