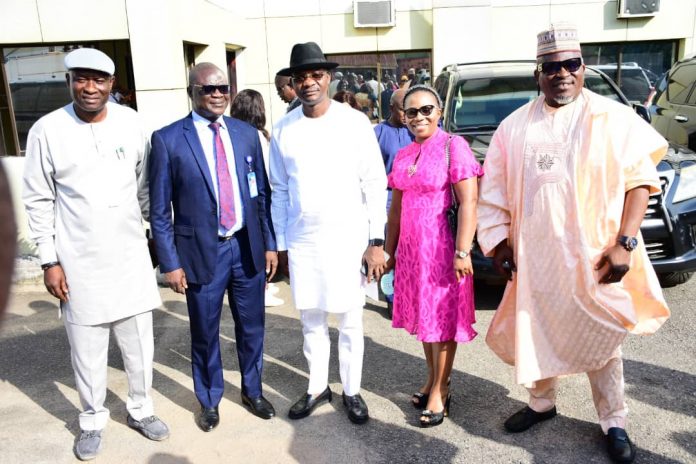 The State House of Assembly, Wednesday took a step forward on the 2023 Appropriation Bill with the commencement of defense of the budget estimates by Ministries, Departments and Agencies of the state government before the Standing Committees of the House.

Assembly Committee on Information led by the Majority Leader, Ferguson Onwo took the lead as the Commissioner in charge of the ministry, Charles Aniagwu, accompanied by a team of management staff of the ministry and parastatals under its supervision appeared before members to defend the proposed estimates of the ministry. 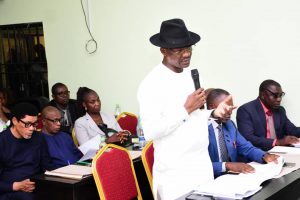 The Information Commissioner, Charles Aniagwu while kick starting the process, commended the State House of Assembly, particularly the committee on Information for the enormous support over the years.

Mr Aniagwu explained that due to instability in the nation’s economy, especially fluctuating nature of the currency, the ministry could not do much in its capital expenditure part of the 2022 budget on the account of the unforeseen situation.

The Information Commissioner disclosed that although two hundred million naira was released for the installation of facilities to link the Delta Broadcasting Service, DBS Asaba and Warri, the job has to be put on hold due to sharp increase in acquiring the equipment. 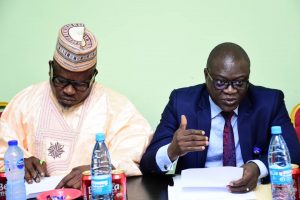 He said the job that was estimated and awarded for 461million naira would now cost the ministry 750million naira to execute, saying that unless the State Executive Council approves the variation in the contract, the earlier released 200million would be pay back to the government treasury.

Mr Aniagwu explained that some requests made by the ministry, including security gate house building at DBS Asaba and operational vehicle for the General Managers, DBS Warri and Pointer newspaper, were still being processed, noting that approvals on those requests will up the budget performance of the ministry for the 2022 fiscal year.

He stated that high operational cost has continued to impact negatively on the parastatals, saying that the escalating prize of diesel was a serious challenge for management of Dbs Warri and Pointer newspaper. 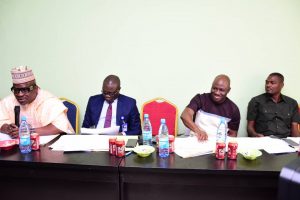 Mr Aniagwu however expressed optimism that much would still be achieved in the ministry before the end of the present administration, stressing that the proposed budget estimates for the Ministry of Information focused on the critical needs of the ministry and parastatals under it.

The Chairman, Assembly Committee on information and Majority Leader of the House, Hon Ferguson Onwo, restated the need to strengthen all the institutions of government, stressing that information ministry was key to propagating the laudable policies and programmes of the state government.

Hon Onwo flanked by other members of the committee including Honorables Reuben Izeze, Emomotimi Guwor, Innocent Anidi and Austin Uroye, urged the Commissioner to think outside the box towards addressing the needs and challenges in DBS and Pointer newspaper. 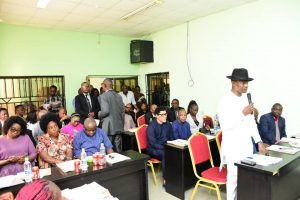 He however commended Mr Aniagwu for doing so well as the Commissioner for Information, as well as the PDP Presidential Campaign Council spokesperson.

A member of the Committee, Hon Reuben Izeze who represents Ughelli South Constituency in the House, also acknowledged the need for conducive working environment in the establishments under the ministry of information as well as provisions of utility vehicle for the General Managers of Dbs Warri and Pointer newspaper.