Home News US Based Foundation Reaches Out To Newborn Twins Abandoned To Fate By... 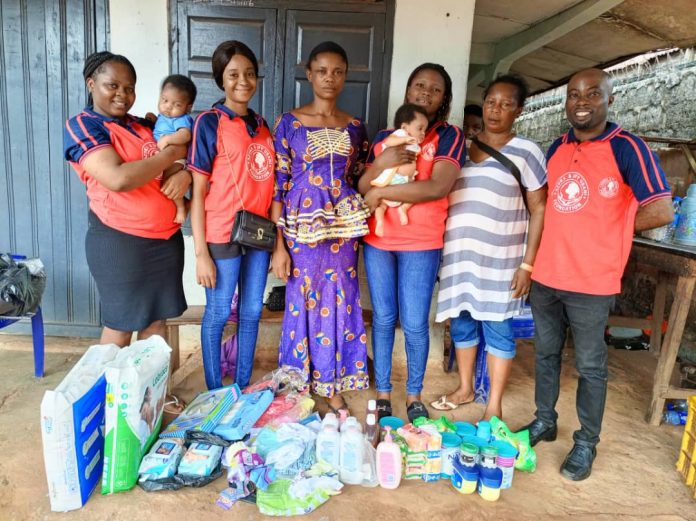 In line with its humanitarian services, an American based charity organization, “Azuka-Ify Foundation” has directed its office in Nigeria to visit the new born twins whose mother died after the children birth and father absconded thereafter in Agbor, Ika South local government area of Delta State to ascertain their well-being.

Chief Executive Officer of the foundation, Dr Victor Azuka Ubani who gave the directive for immediate action, sent along the delegation gift items for the upkeep of the children, a boy and a girl, now under the care of a relative. 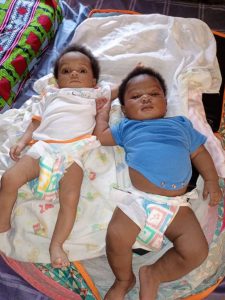 The items include packs of detergents, different types of body and hair lotions, assorted baby powder, food cans, children wipers, diapers, and clothings as well as cash gift to the Caregiver, Mrs Ngozi Agbor, an elder sister to the late mother of the twins to support her petty business.

The gift items and the cash support were handed over to Mrs Agbor by the Program Manager, Azuka-Ify Foundation, Delta State Centre, Mr Augustine Igwe Eseka. 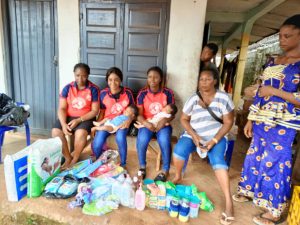 Dr Ubani, an indigene of Igbodo community in Ika North East local government area, Delta State, expressed sadness over the death of the mother of the twins after their birth, even as he condemned the absconding of their father no matter the circumstances he found himself.

The CEO said his wife, Dr (Mrs) Joy Ify Ubani and management of the foundation have taken special interest on the twins and would time to time direct its officials in Nigeria to visit for updates on their welfare and other development.

Dr Ubani explained that the cash support was a way of helping to grow the petty trades of the Caregiver so that proceeds from it will be use to take care of the children. 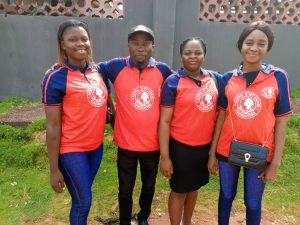 “The foundation also provided household economic strengthening stimulus package to the caregiver of the twins to enable her boost her petty business and from the profits in turn take care of the children. This is to ensure sustainability of the support for the twins”, he stated.

Receiving the items, Mrs Ngozi Agbor thanked the Azuka-Ify Foundation for coming to the aides of the twins, and called for more support from government, well spirited individuals and organizations.

It will be recalled that an indigene of Edo State, Monday Orobosa, whose wife, Ruth Orobosa, died after giving birth to a set of twins through Cesarean (CS) operation at a private clinic in Agbor, Ika South Local Government area, absconded living the infants with the sister-in-law, at the Clinic, due to his inability to settle the bill.

The sister of the deceased, Ngozi Agbor, had disclosed that the hospital bill was over Six Hundred Thousand Naira and there was no where to raise the amount. “We were at the hospital for over 14-days after the kids were delivered with no money to pay the bills. The father of the kids absconded and his phone numbers switched off and there is no way to contact him. The kids, have been surviving by the grace of God and with assistance from good spirited individuals”.

In tears she continued, “My sister Ruth, was based in Benin with her husband, she only came to stay with me here in Agbor, so that I can be of help to her after delivery. She delivered through Cesarean operation. When she came out of the theater, she was fine, but all of a sudden, she started bleeding and was taken to the theater again for another operation. This time around, when she came out, she did not say a word and then she died”.

It was however gathered that the management of the clinic later allowed the woman and the infants to go, after paying the little she can afford which was not anything close to the bill of over six hundred thousand naira.