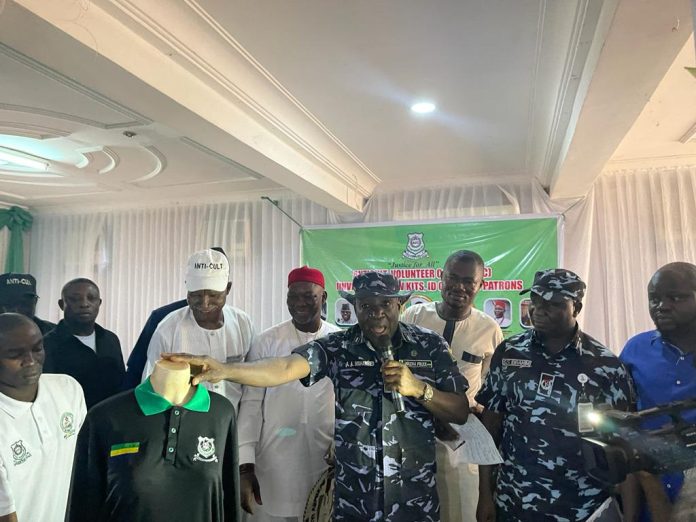 CP Mohammed Ali while performing the ceremony in Asaba, the state capital, restated the commitment of the command to partner with sister security agencies, the vigilante, Anti Cult Volunteers and other groups to tackle all forms of security challenges across Delta state. 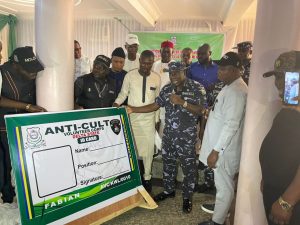 The Police Boss who underscored the importance of community policing, said the anti Cult Volunteer Corps had played key roles in partnering with the Police to address serious security challenges in communities across the state.

CP Mohammed Ali explained that the Corps was basically a humanitarian service, and appreciated the efforts of AVC in combating the menace of cultism in the state, stressing that the idea of community policing is about crime fighting as the Police can not do it alone. 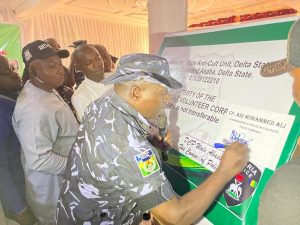 He stated “ the issue of security is everybody’s business. The Police can not do it alone”, adding that all over the world crime fighting was a collective one hence the need for inter agency cooperation and collaboration.

CP Ali noted that no country in the world had zero crime rate even the developed ones, noting that it can only be brought down astronomically particularly with the collaboration of stakeholders such as Anti Cult Volunteer Corps, vigilante and other sister security agencies playing their roles effectively. 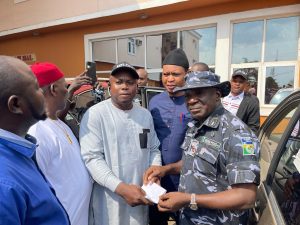 While commending the Anti Cult Volunteer Corps for it’s commitment to stamp out cultism and other social vices from communities, the Police Commissioner advised the leadership not to condone any bad egg among it’s fold who would want to use the Corps as a cover to engage in criminality, adding that such should be fished and shown the way out.

“I enjoin all of you members of the Anti-Cult Volunteer Corps to be professional in discharge of your duties and desist from acts against the tenets of formation of AVC. As crime fighters, you must smoke out moles from within who sell out intelligence to their criminal cohorts. We should not allow saboteurs to be in our midst”. 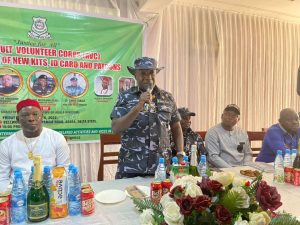 CP Ali pointed out that, Vigilantes, Anti-Cult and Hunters have all come on board to help the Police fight crime as development will only come where and when there is peace, even as he sued for continuous cooperation of all stakeholders to make Delta a safer place.

The Officer in Charge of the Anti Cult Unit in the Delta State Police Command, Superintendent of Police Chris Igbaji, urged the anti cult Volunteer Corps to carry out their duties within the ambit of the law and should be exemplary in the conduct .

He charged them not to aid criminals under any guise as the command would not fail to deal with anyone found wanting or showing disrespect to constituted authorities. 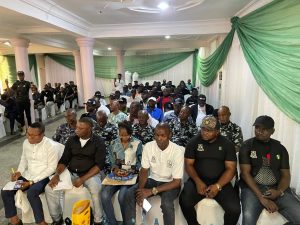 SP Ugbaji extolled the efforts of the late President of the Anti-Cult Volunteer Corps in the state, Comrade Austyne Emu and encouraged volunteers to be just in their dealings, apply proper discretion and avoid being a tool for perpetuating evil.

The President,Anti Cult Volunteer Corps, Delta State, Ambassador Uche Nwahandi implored his members to operate in line with the laid down rules and be good ambassadors in the various zones and communities.

Ambassador Nwahandi solicited for support for the corps to enable it carry out it’s mandate without any hindrance. 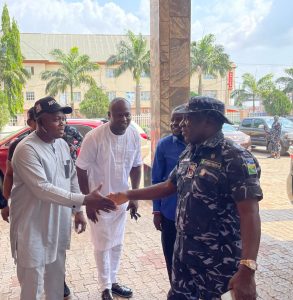 In a lecture on Community Policing,the President, Youth Wing of the Urhobo Progress Union, Comrade Kelly Umukoro said stakeholders must partner with the Police to tackle insecurity in their areas by volunteering useful information, assist by providing vehicles and other logistics to make their work easy.

He tasked AVC members on the need to know and identify the types of crimes prevalent in their immediate community, noting that community policing makes the Police and the local communities to operate as friends, and called on all community stakeholders to support the Police and security agencies in nipping any form of crime before it takes place.

Comrade Umukoro commended the Delta state police command for its understanding of the importance of community policing which he said had been demonstrated in times past. 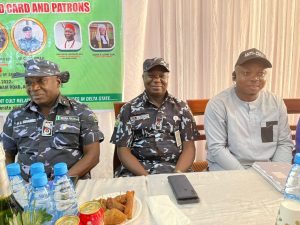 The youth leader however advised the Police to always ensure that the identities of local informants and whitlesblowers are protected to sustain information gathering and better working of the community policing system which has been of great benefits to the country.

Another speaker at the event, Dr Emeka Udeolise, a Nollywood actor and advocate against Hard Drug Use and Cultism amongst teenagers, said cultism had eaten deep into all fabric of the society hence the need for parents, government all all levels and non governmental organizations to join hands with the Anti cult Volunteer Corps to tackle issues of cultism headlong before it turns into monster in the society.

Dr Udolisa lauded the organization of the volunteers and appealed for their support in his mission to sensitize the young Nigerians before it becomes late.

He called on parents and community leaders to bolster the efforts of other stakeholders in the awareness against cultism. 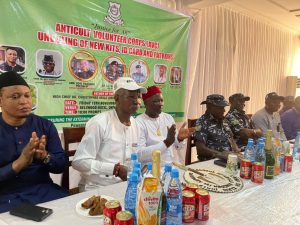 Dr Udolise appreciated the Commissioner of Police for his support in making sure AVC stands strong in the state.

Some of the patrons who spoke including the Odogwu of Abala Kingdom,High Chief Christopher Iwale and Ambassador Frank Otagha who donated a Sienne Bus to the Anti Cult Volunteer Corps, stressed the need for stakeholders to assist the corps to achieve success in it’s assignment. 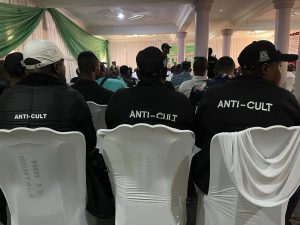 Highpoints of the event were the unveiling of AVC’s new kits for male and female volunteers, official signing of their ID Card by the Commissioner of Police, investiture of new patrons and the handing over of the Sienna Bus by the donor, Ambassador Frank Otagha to the CP who in turn handed keys to the President, Anti Cult Volunteer Corps, Delta State, Amb Uche Nwahandi.