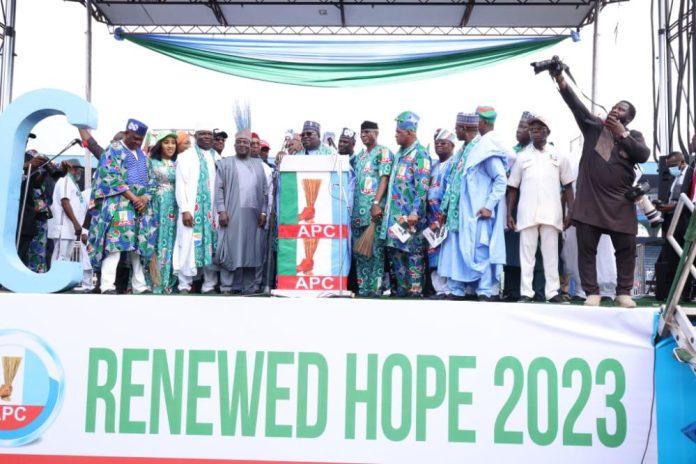 A member of the APC Tinubu-Shettima Presidential Campaign Council, Prof Rukevwe Ugwumba has said that the people of Delta state are desirous of accelerated development for a better life.

Speaking in an interview at Warri Township Stadium during the APC campaign flagged off in the state, Prof Ugwumba who is the State Coordinator, Tinubu-Shettima Presidential Support Groups, noted that the massive turnout at the event was an attestation of the people’s preparedness to migrate from underdeveloped state to a progressive one. 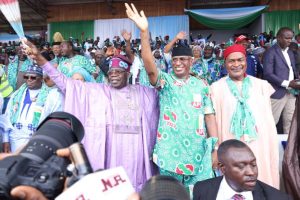 She pointed out that Tinubu-Shettima and OmoAgege-Osanebi tickets are antidotes in the actualization of the dream for a better and great Delta state, saying that poverty and lacks would be addressed headlong.

The Uwheru born professor of medicine and family health who is also the Deputy Director Medicals, Delta State APC Campaign Council, said Deltans have since embraced the APC as their hope for total liberation.

Prof Ugwumba predicted landslide victory for the party’s candidates in the 2023 general elections, stressing that promises being made by the presidential candidate, Ahmed Tinubu and the governorship candidate, Ovie OmoAgege, would be fulfilled. 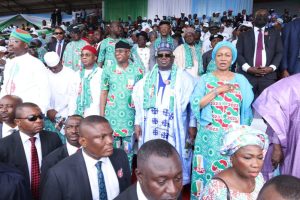 The Philanthropist and Politician thanked Deltans for the massive turnout for the campaign flagged off in Warri, saying “although good numbers of supporters across the 25 local government areas were expected but not to this extent. This is indeed massive”, she stressed.

Describing the crowd as overwhelming, Prof Ugwumba paid glowing tributes to members of her support groups as well as elders and leaders of the party in the state for the effective mobilization to the event.

She promised that her support groups will continue in its awareness campaign on the need for the people to get their Permanent Voters Cards, PVC to enable them exercise their franchise during the general elections.

Speaking along side Prof Ugwumba at the Warri Township Stadium, was a former female governorship aspirant in Delta state, and a notable leader of the party in the state, Mrs Ngozi Olejeme. 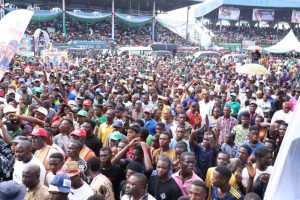 Acknowledging the massive turnout of APC supporters for the flag off campaign, Mrs Olejeme stated that victory is an undeniable fact for the APC at both federal and state levels as the party had fielded credible candidates for the electoral contest.

She commended Deltans for their brilliant choice to work for the APC for a better state and the country at large. 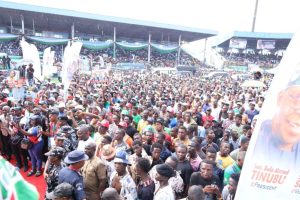 The Presidential candidate of the APC, Ahmed Tinubu and the party’s flag bearer for Delta State, Senator Ovie OmoAgege had while addressing the mammoth crowd urged the people to be steadfast in their support for the APC candidates.